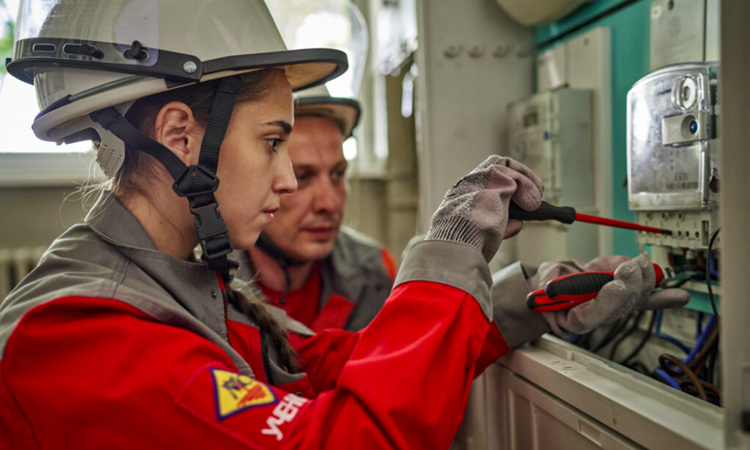 Although climate change is a threat to us all, research shows women are more vulnerable than men to its consequences.

Women and children are 14 times more likely than men to die from climate disasters such as droughts and floods. And because they make up the majority of the world’s poor, women are the first to feel the impacts of depleting natural resources. Climate change also can exacerbate gender-based violence, including early and forced marriage.

But women and girls are not just victims of climate change ― they are leading the way in designing and implementing climate change solutions and playing an important role in increasing climate ambition globally.

Here are five ways the U.S. Agency for International Development is empowering women in the fight against climate change:

Advancing Gender in the Environment (AGENT), a partnership between USAID and the International Union for the Conservation of Nature, has recognized women as agents of change in the climate change sector for nearly a decade. Through AGENT, USAID conducts research and publishes findings on how climate change affects women. USAID also helps countries develop action plans for climate change that are specific to genders to ensure climate solutions are more effective and inclusive.

With USAID’s support, AGENT is working to increase gender equality and women’s empowerment in the fisheries sector, where women make up nearly half the workforce but their ability to advance economically is limited. This exclusion holds women back from earning income and reaching new markets, and it can thwart efforts to increase the sustainability of fisheries overall.

2. Using geospatial data to save lives

SERVIR is a 16-year partnership between USAID and NASA. It supports local decisionmakers across the developing world in using geospatial technology to manage the effects of climate change. SERVIR’s data helps countries anticipate droughts, floods and forest fires so officials can respond quickly before lives are lost.

Since 2019, USAID has worked to ensure SERVIR’s geospatial services design solutions that specifically meet the needs of women, such as ensuring that disaster information is shared through channels women are able to easily access. USAID has also created opportunities for women to work and build their careers in the geospatial sciences workforce by providing technical and leadership skills training and mentorship opportunities.

USAID’s Clean Cities, Blue Ocean program halts ocean plastic pollution in rapidly urbanizing areas of Asia and Latin America that contribute to the estimated 8 million metric tons of plastic that flow into the oceans each year. As part of this program, USAID is investing in new business approaches led by women entrepreneurs that reduce single-use plastics and supporting the economic advancement of women who work as informal waste collectors.

USAID’s Engendering Utilities program creates economic opportunities for women working in traditionally male-dominated sectors including energy and water utilities, steps that ultimately strengthen utility performance. The program has trained over 6,000 women to advance their careers, and over 1,000 women have been hired in the energy and water sectors, including in management and technical positions.

When women have secure land rights, their resilience to climate change increases, as does their communities’ resilience overall. Women who rely on customary land tenure systems that disadvantage them are the most affected by climate change, especially as forest and water sources are depleted and soil on land degrades.

With a seat at the table, women contribute to decisionmaking on natural resources and advocate for climate solutions that meet their needs and are more likely to be adopted by all people, benefiting our shared planet and our global community.