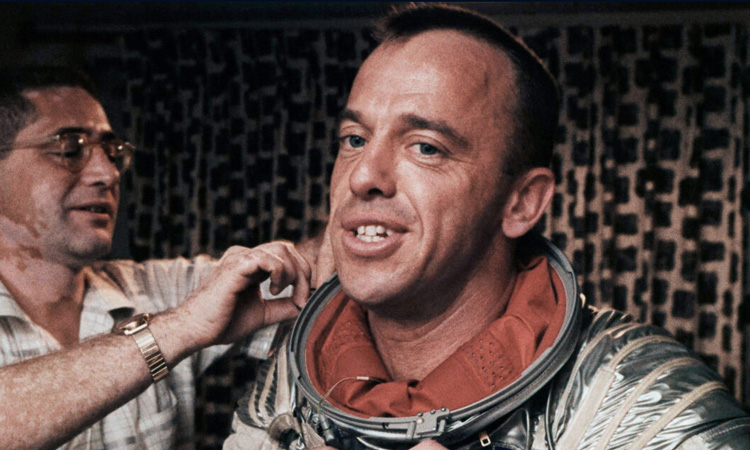 Astronaut Alan Shepard is helped out of his spacesuit aboard the aircraft carrier USS Lake Champlain after a successful sub-orbital flight on May 5, 1961. (© AP Images)

On May 5, 1961, astronaut Alan Shepard became the first American — and the second man — to travel in space when he launched a 15-minute, sub-orbital flight aboard NASA’s Mercury spacecraft Freedom 7. (Soviet cosmonaut Yuri Gagarin had completed one orbit of the Earth on April 12, about three weeks earlier.) Shepard, whose mission ushered in the age of American human spaceflight, also became the first space traveler to manually control the orientation of his craft, as Gagarin’s milestone flight was largely automated.

By demonstrating the feasibility of space travel, Shepard began a journey that would ultimately lead to the exploration of Mars. According to NASA, the peaceful, international exploration of space “began with a single step in 1961” and continues today.