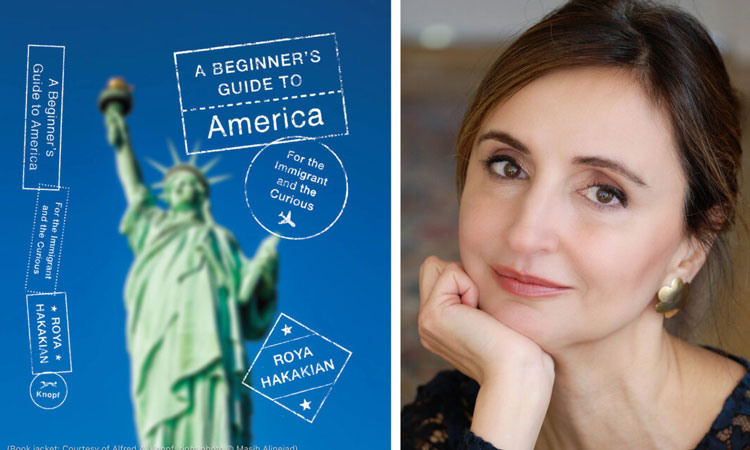 Roya Hakakian found what she sees as a quintessentially American immigrant moment in the cereal aisle of the grocery store.

Hakakian and her mother had arrived — as Jewish Iranian refugees — in the U.S in 1985, after Hakakian had come of age during the upheaval and aftermath of the 1979 revolution in her home country. Hakakian is a human rights activist, poet and author whose new book is A Beginner’s Guide to America.

On a day in 1985, like many immigrants visiting a U.S. supermarket for the first time, Hakakian was stunned by the “staggering variety” of types of cereals in America. The aisle of shelves, she says, might be seen by those outside the U.S. as a sign of frivolity. But for her, the shelves have come to reflect the plethora of choices in a democracy. The message she sees in the cereal aisle is, “You are the person who needs to think and make decisions about every small step in life.”

Hakakian explained her views in an interview with American Purpose, a media project and intellectual community that supports liberal democracy.

She also talked about coming from a place of turmoil to the United States, where things like weddings are planned well in advance.

“There was no sense [in Iran] of where was the future going and how were we going to get there and so, to me, this simple idea of planning, which Americans do so well … this notion there was a future and that our project was to live on and reach that future and look forward to it, was profoundly earth-shattering.”

Now a U.S. citizen and a Guggenheim nonfiction prize winner, Hakakian helped found the Iran Human Rights Documentation Center to promote the rule of law in her native country.

Her new book addresses the wide-eyed reactions to landing in America and the shock of differences — such as seeing women without head coverings paying no mind to women wearing them, and vice versa. Hakakian calls it in the book “another American miracle, not only of harmony among ethnicities but also beliefs.”

“No one watches or cares much about what you do, as long as you do not harm anyone,” she writes, expressing how new immigrants adjust to an absence of people enforcing the rules of authoritarian regimes back home. “Bask in the icy calm of this refreshing indifference,” she says.

Hakakian observes small cultural differences that stand in for larger philosophies, such as the American requirements for car seat belts and bike helmets to keep people safe. “These safety measures make you realize, better than any seal or stamp in your passport, that you have officially moved into a territory where human life is not as cheap as you once knew,” she writes.

Despite the title, Hakakian said one target audience for her nonfiction book was Americans, to help them understand the experience and value of immigrants.

Hakakian brings a sharp eye to America’s peculiarities too, titling one chapter “The Lovable, the Despicable and the Infuriating about America.”

But her main purpose is to recognize “small manifestations of democratic values and founding principles in our daily lives.”

“If we don’t,” she told the American Purpose audience, “we run the risk of losing them.”