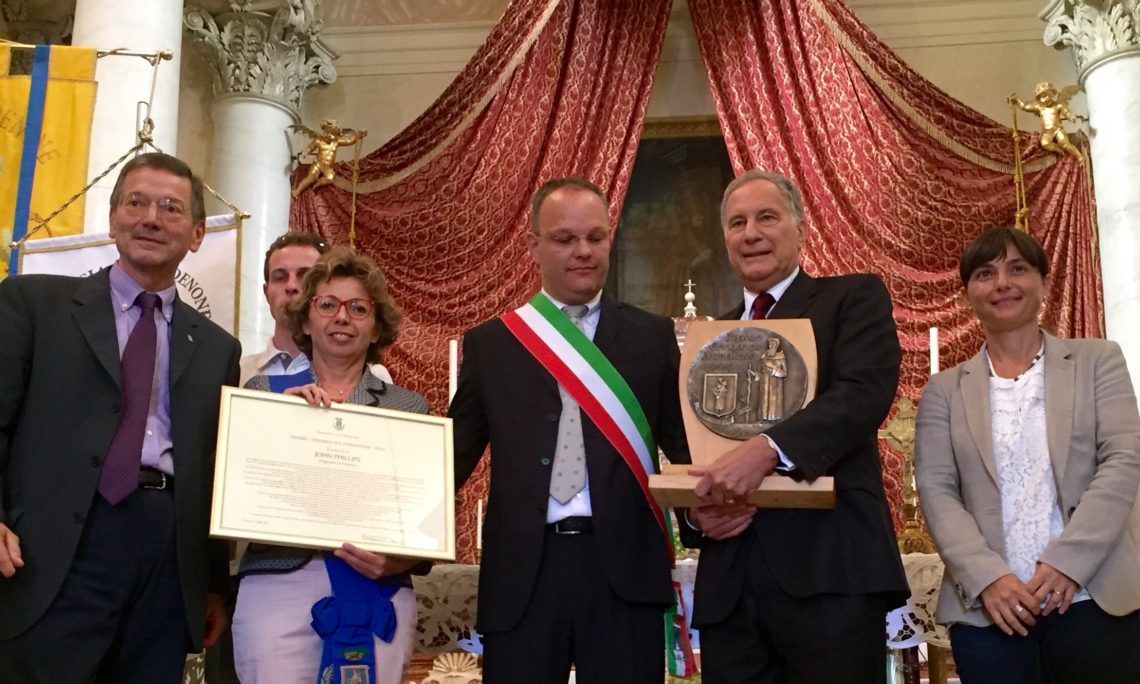 On July 30-31, Ambassador John Phillips returned to his ancestral family villages: Frisanco (home of the Fillippi’s) and Poffabro (home of the Colussi’s).

The occasion was the 39th annual meeting of EFASCE, the association of Friulani abroad. The three-day conference, which was attended by 200+ Friulan expats representing more than a dozen countries, devoted its primary session to commemorating the generous response from abroad to the devastating 1976 earthquake in Friuli.

Ambassador John Phillips gave a heartfelt speech for the occasion. Later in the day, Mayor Sandro Rovedo arranged for the Ambassador to visit the remains of the Colussi house, now in a remote wooded area, giving him the chance to stand in the same place that his grandmother left as a little girl.

The Ambassador visited neighboring Maniago, a village that has been crafting world-class knives for more than a century. He visited the impressive cutlery museum and met with a dozen local business owners, all doing business in the United States. Later he visited a blacksmith who is still making knives using traditional methods and equipment—and selling them at extremely high-end prices to the world’s best chefs.

On the final day, the Ambassador and locals were joined by Regional President Debora Serracchiani for mass in Poffabro’s church, attended by all of the Friulan expats. After several speeches, including generous remarks by President Debora Serracchiani, the Ambassador was awarded the Odorico da Pordenone Award as ‘the most influential Friulan expat of the year.’