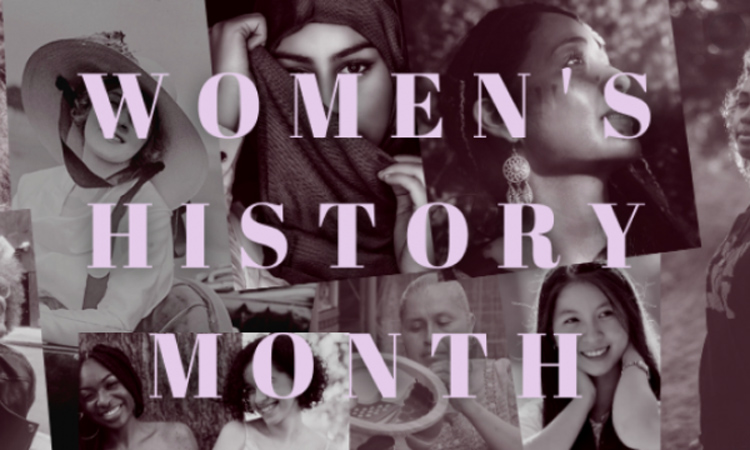 Each year, Women’s History Month offers an important opportunity for us to shine a light on the extraordinary legacy of trailblazing American women and girls who have built, shaped, and improved upon our Nation.

Throughout American history, women and girls have made vital contributions, often in the face of discrimination and undue hardship.  Courageous women marched for and won the right to vote, campaigned against injustice, shattered countless barriers, and expanded the possibilities of American life.  Our history is also replete with examples of the unfailing bravery and grit of women in America, particularly in times of crisis and emergency.  Women served our Nation during World War II, led organizing and litigation efforts during the Civil Rights movement, and represented the United States on the global stage in the fight for human rights, peace, and security.  Far too often, their heroic efforts and their stories have gone untold — especially the millions of Black women, immigrant women, and others from diverse communities who have strengthened America across every generation.

In our current moment of crisis, women continue to lead.  From vaccine researchers to public health officials to the countless heroines on the frontlines, women are working around the clock to defeat COVID-19.  Women, and particularly women of color, also make up the majority of America’s essential workers, including educators and child care providers, grocery store workers, farmworkers, and others who are keeping our families, our communities, and our country afloat.  This year has also marked an historic milestone of women’s leadership 232 years in the making, with the inauguration of America’s first woman Vice President.

As we celebrate the contributions and progress of women and girls, we must also reflect on the extraordinary and unequal burdens they continue to bear today.  The COVID-19 pandemic has exacerbated barriers that have held back women — particularly women of color — for generations.  Gender and racial disparities in pay continue to fester.  A disproportionate share of caregiving continues to fall on the shoulders of women and girls.  And now, job losses due to COVID-19 have set women’s labor force participation back to its lowest point in more than 30 years — threatening the security and well-being of women and their families and imperiling the economic progress of our entire Nation.  The share of mothers who have left the labor force is three times that of fathers; in September 2020 alone, an astonishing 865,000 women dropped out of the American workforce.  These trends are even more dire among women of color, with Black and Hispanic women facing disproportionately high rates of unemployment.  At the same time, food insecurity has risen dramatically since the pandemic began, particularly in female-headed households with children, as have reports of intimate partner violence.

Since taking office on January 20th, Vice President Kamala Harris and I have made COVID-19 vaccination, relief, and broad-based economic recovery efforts a top priority.  Our goal is not to return our economy to where it was before the pandemic struck.  Our goal is to build back better — and that means creating a strong and durable foundation for the economic opportunity and security of women in America.  Our plans include proposals to provide individual payments and tax credits to put money in the hands of families in need; increase housing and food assistance as well as unemployment insurance; lower health costs and expand access to coverage; increase support for and access to child care; and expand existing paid leave policies.  We are also committed to making further progress on what, for me, has been a lifelong cause:  reducing gender-based violence, and advancing the safety, economic stability, and well-being of survivors.

Sixty years ago, when former First Lady Eleanor Roosevelt confronted President John F. Kennedy about the lack of women in Government, he appointed her as head of a new commission to address the status of women in America and take on discrimination in all of its forms.  We have made significant progress in the United States, thanks to the persistence and tireless work of countless women.  I am proud that the White House Gender Policy Council will build on those efforts by putting a laser focus on the needs and contributions of women and girls, and ensuring a Government-wide focus on gender equity.  Our Administration is also committed to ensuring that women are well-represented at all levels in the executive branch:  already, we have selected a record number of women who represent the diversity of America to serve in Cabinet-level positions.

During Women’s History Month, let us honor the accomplished and visionary women who have helped build our country, including those whose contributions have not been adequately recognized and celebrated.  And let us pay tribute to the trailblazers from the recent and distant past for daring to envision a future for which no past precedent existed, and for building a Nation of endless possibilities for all of its women and girls.

NOW, THEREFORE, I, JOSEPH R. BIDEN JR., President of the United States of America, by virtue of the authority vested in me by the Constitution and the laws of the United States, do hereby proclaim March 2021 as Women’s History Month.  I call upon all Americans to observe this month and to celebrate International Women’s Day on March 8, 2021, with appropriate programs, ceremonies, and activities.  I also invite all Americans to visit www.WomensHistoryMonth.gov to learn more about the vital contribution of women to our Nation’s history.

IN WITNESS WHEREOF, I have hereunto set my hand this first day of March, in the year of our Lord two thousand twenty-one, and of the Independence of the United States of America the two hundred and forty-fifth.