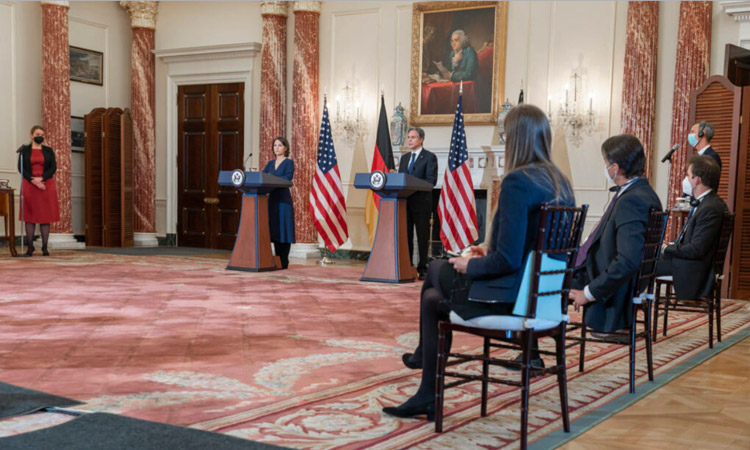 Ukraine is a sovereign, democratic, and peace-loving nation. The United States and Ukraine have been partners since Ukraine declared its independence from the Soviet Union more than 30 years ago. After Russia invaded and partially occupied Ukraine in 2014, the United States intensified efforts to help Ukraine deter further Russian aggression, and, if needed, to defend itself from additional attacks. Last fall, as the present threat against Ukraine from Russia developed, under authority delegated by the President, I authorized the Department of Defense to provide $60 million in immediate military assistance to Ukraine. In December, as that threat materialized, I authorized a further drawdown worth $200 million. Today, as Ukraine fights with courage and pride against Russia’s brutal and unprovoked assault, I have authorized, pursuant to a delegation by the President, an unprecedented third Presidential Drawdown of up to $350 million for immediate support to Ukraine’s defense. This brings the total security assistance the United States has committed to Ukraine over the past year to more than $1 billion.

This package will include further lethal defensive assistance to help Ukraine address the armored, airborne, and other threats it is now facing. It is another clear signal that the United States stands with the people of Ukraine as they defend their sovereign, courageous, and proud nation.