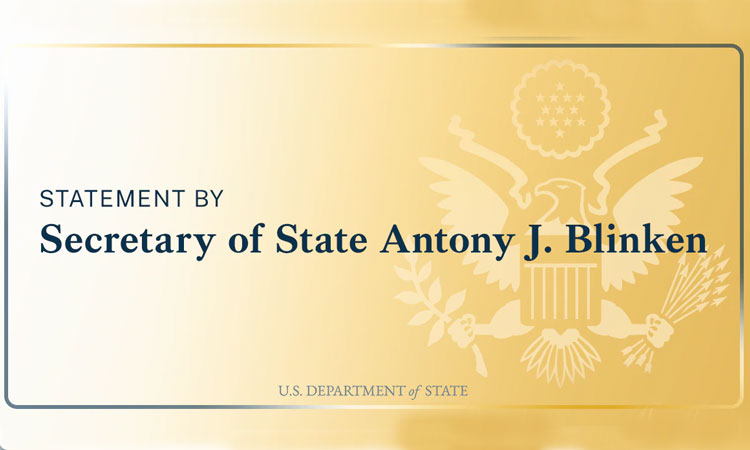 The United States will continue to impose severe costs on the Russian Federation in response to President Putin’s illegal war.  Today, we are targeting entities and individuals in our efforts to shut down the Kremlin’s sanctions evasion networks, which play an important role in the Russian Federation’s ability to continue its unconscionable war on the citizens of Ukraine.  This follows our March 15 and March 24 designations of individuals and companies in Russia’s defense-industrial base that are directly supporting Putin’s war machine.

Today, the United States is designating 21 entities and 13 individuals.  Of those being designated, 10 of those individuals and 17 entities are involved in sanctions evasion networks to procure of western technology.  These designations will further impede Russia’s access to western technology and the international financial system.  We will continue to target President Putin’s war machine with sanctions from every angle, until this senseless war of choice is over.  The Russian Federation not only continues to violate the sovereignty of Ukraine with its attacks, but it is escalating the devastation of population centers, including schools, hospitals, residential areas, and places where civilians are taking shelter from the Russian bombardment.

In addition to the sanctions imposed today, the Department of the Treasury is also expanding its Russia sanctions authorities.  The Secretary of the Treasury, in consultation with me, identified the aerospace, marine, and electronics sectors of the Russian Federation economy pursuant to section 1(a)(i) of Executive Order 14024.  This allows for sanctions to be imposed on any individual or entity determined to operate or have operated in any of those sectors and provides an expanded ability to swiftly impose additional economic costs on Russia for its war of choice in Ukraine.

These actions demonstrate our resolve to hold the Russian Federation accountable for its aggression against Ukraine and commitment to take further actions against persons supporting evasion of the sanctions that the United States and our allies and partners have put in place.  We will use all authorities at our disposal to enforce sanctions, expose and identify malicious actors, and promote accountability for President Putin’s war of choice.