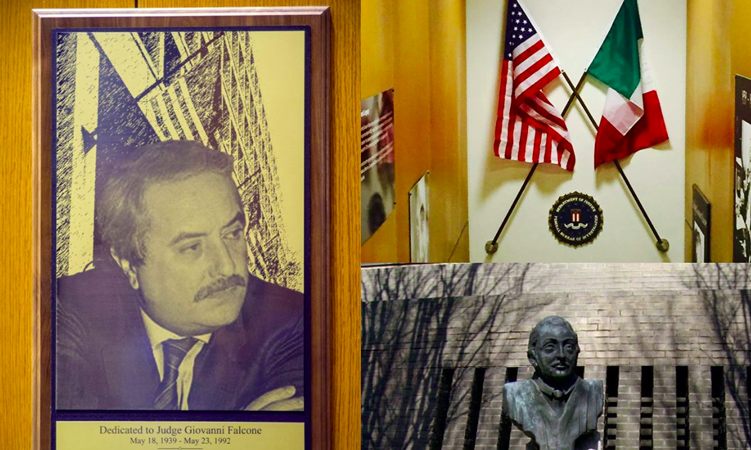 I am truly honored to be with you virtually on this important day to remember and commemorate the achievements of one of Italy’s prominent citizens. This year the United States is also honoring Judge Falcone as one of the premiere alumni of its International Visitor Leadership Program, for his collaboration with U.S. authorities and the very significant impact he had on the judicial system in Italy.

Over the past 80 years, the U.S. Government has connected current and emerging leaders from around the world to their counterparts in the United States through this elite exchange program.  With more than 225,000 alumni, this program continues to build vital linkages. Through 2020, the Department of State is recognizing 80 accomplished alumni and celebrating the impact their experiences have had on the global community.  Judge Falcone was chosen as one of the 80 outstanding “Faces of Exchange” for his dedication, his leadership, and the enduring legacy for his fine work.

In 1986 Giovanni Falcone participated in an International Visitor Leadership Program focused on judicial and legal systems.  He traveled to the U.S. many times to engage with contacts and sources, many of whom he met during his exchange program.  Judge Falcone succeeded in shaping the Italian judiciary system, most notably through the establishment of Italy’s witness protection program in 1991.

Judge Falcone made an impact in the United States, as well as in Italy. During his career as a prosecutor, he collaborated with Rudy Giuliani, then the U.S. Attorney for the Southern District of New York to crack Mafia drug rings.

The U.S. Embassy was honored to have Judge Falcone as the keynote speaker at its 50th International Visitors Leadership Program celebration in Italy.

I am honored today to present the U.S. Department of State’s “Faces of Exchange” award to the Falcone family. We recognize Judge Falcone as an extraordinary hero for his lifelong commitment to fighting the Sicilian Mafia. He is a symbol of the power of international cooperation.

My thanks to the Fondazione Falcone for keeping Judge Falcone’s memory alive and holding him up as an example of courage and integrity for future generations.