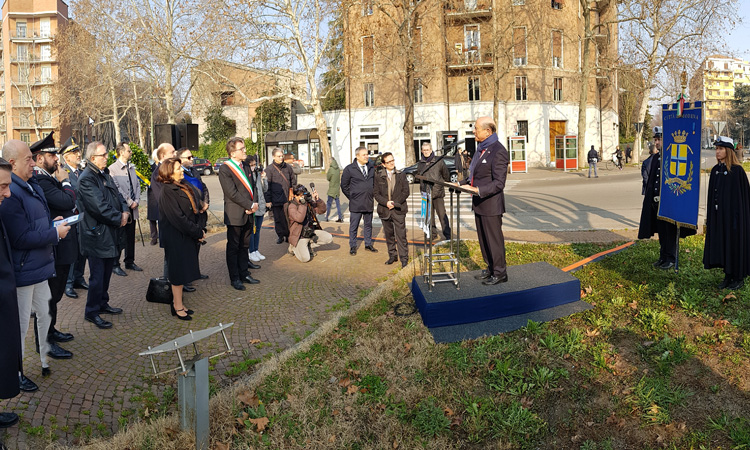 “When I woke up on 9/11, I looked out and the sky was blue and the clouds were light and the sun was shining. And I stopped on my way down to work – my office was on the 67th floor of World Trade Center One – to have an unexpected coffee.

And then at approximately 8.46 or 7 the world changed and the bright sky turned dark, sometimes dark eternally for so many.  I was whisked down towards my office by the police who informed me that the Towers had been struck and as I got closer I learned from the radio – we had no cell phones operating – that both Towers had been hit and that thousands of lives had been lost.

It was the first time I ever felt after that day and the days that followed that the whole world joined together in an effort of sympathy, driven by sympathy, to rebuild.

And a lesson I’ve learned which I hope I’ll pass on to my children, the children who are listening, and to my grandchildren: that no matter what happens if you survive the fall and move forward you can rebuild and reach higher heights.

But 9/11, 2001, the thousands of friends lost, and the efforts of millions around the world from every country to rebuild a stronger and better world, we all know that 9/11, 2001 we’ll never forget.

It is extremely moving to see this monument to 9/11 – built from pieces of the Twin Towers — all the way on the other side of the Atlantic Ocean, in the beautiful city of Modena.  It serves as an important reminder of the U.S. and Italy’s enduring friendship.

I am deeply grateful to the people of Modena for your friendship towards the United States of America.