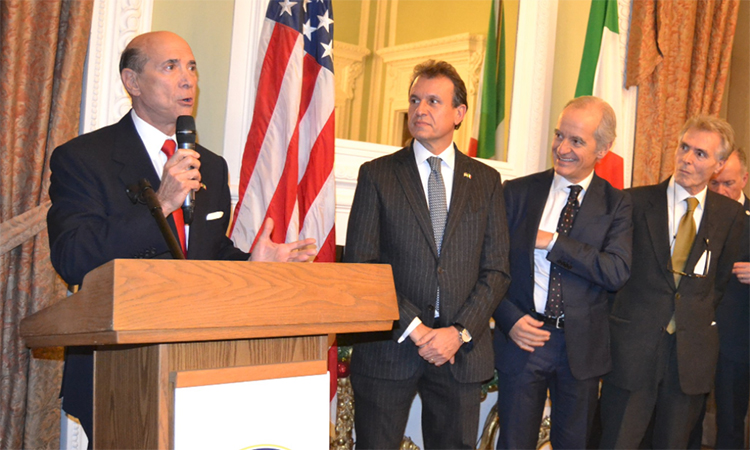 Ladies and gentlemen, I am honored to be here with you tonight.

I arrived in Italy just a few months ago.  And in the very short time that I have been here, I have felt the warm welcome of the Italian people everywhere I have gone.  Italy is really beginning to feel like home.  I have made official visits to Naples, Milan, and this is now my second trip to Florence in my official capacity as Ambassador.

Since my arrival in Italy this fall, I have heard so many positive comments both about this evening’s event and the Amerigo Association’s annual Media Awards ceremony tomorrow.

I think that we can all agree that now more than ever before, recognizing excellence in journalism is of the utmost importance.

Italy and the United States have had a close and enduring relationship over many years. This relationship is built on shared values, shared interests, a shared history, and strong ties between our people.

One of the most important values we share is the freedom of speech and of the press as a cornerstone of democratic governance.  Democratic governments are not infallible, but they must be accountable to the people who elect them. The exchange of ideas through the media is the foundation for this accountability.

It is this kind of excellence in journalism that we are celebrating tonight and tomorrow at the Amerigo Media Awards ceremony. I thank the award winners and all others present here this evening for their professionalism and commitment to shining a light on truth on both sides of the Atlantic.