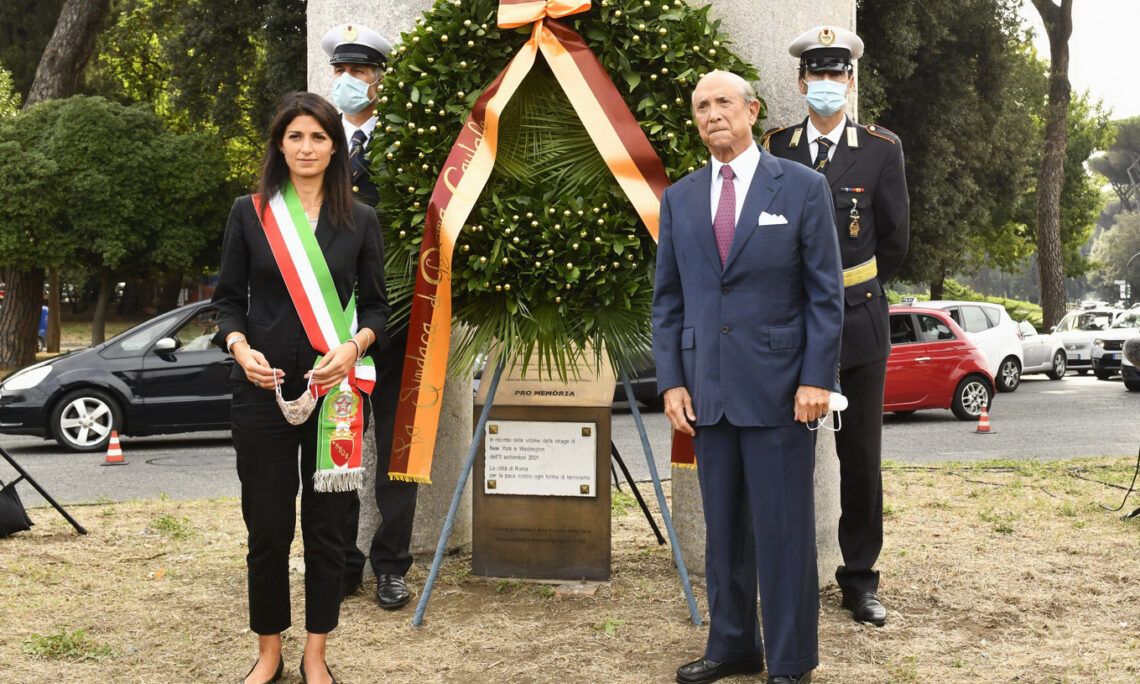 U.S. Ambassador Lewis M. Eisenberg joined the Mayor of the City of Rome Virginia Raggi in a ceremony to commemorate the events of September 11, 2001.  The wreath-laying ceremony took place at the 9/11 Remembrance Plaque in Rome.  The two columns recall the Twin Towers in New York.  Every year the Mayor of Rome hosts the U.S. Ambassador in a special commemoration that underlines the affection and support the people of Italy offered America during the tragedy, as well as the enduring friendship between the two countries, a friendship based on shared values and history.