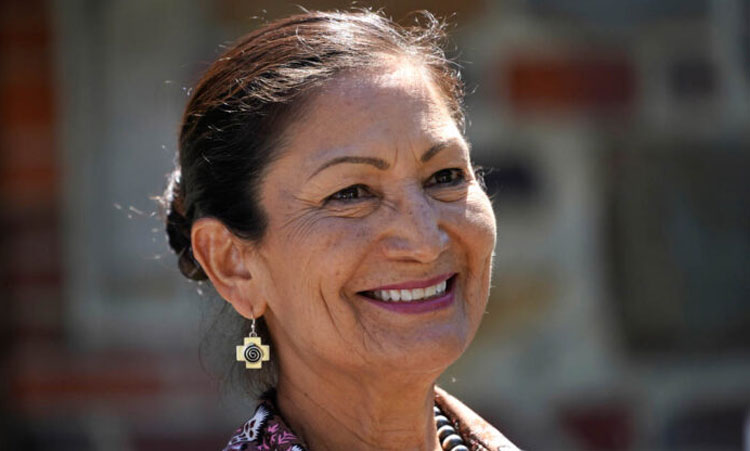 Deb Haaland, the U.S. secretary of the interior, continues a family tradition of public service. Both of her parents served in the U.S. military, and her mother worked in the Bureau of Indian Affairs.

As a member of the Pueblo of Laguna and a 35th generation New Mexican, Haaland is the first Native American to serve as a Cabinet secretary for a U.S. president.

Promoting diversity and inclusion with a government that looks like America is a priority for the Biden-Harris administration — the most diverse government in America’s history.

“When President Joe Biden nominated me to be the U.S. Secretary of the Interior, I felt the profound importance of what that moment meant for Indigenous peoples in our country,” Haaland recently wrote.

She said she hoped her nomination “would be an inspiration for Americans moving forward together as one nation and creating opportunities for all of us.”

Haaland oversees a department responsible for managing America’s vast natural and cultural resources, including national parks. It combats climate change and promotes conservation, among other issues.

Before making history at the Cabinet level, in 2018 Haaland was one of the first two Native American women elected to Congress. During her tenure in Congress, Haaland sponsored legislation that became law addressing issues of importance to Native Americans, such as missing Indigenous women, business development and tribal self-governance.

Starting in 2015, she served for two terms as head of New Mexico’s Democratic Party, becoming the first Native American elected to lead a state party.

“If an Indigenous woman from humble beginnings can be confirmed as secretary of the interior, our country holds promise for everyone,” she said at her Senate confirmation hearing.