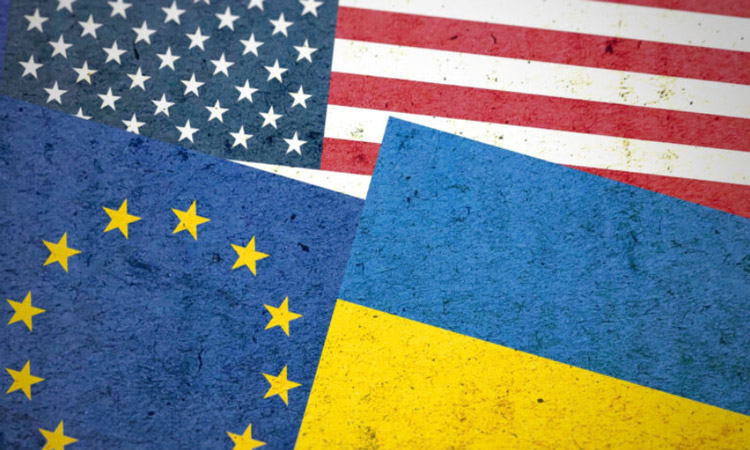 While Russia’s President Vladimir Putin continues to take an aggressive posture against Ukraine, the United States and its allies are calling for a peaceful resolution of the conflict.

“President Biden has made absolutely clear to President Putin: When it comes to questions of European security, there is going to be nothing about Europe without Europe, not just full coordination, full consultation, but participation as well,” U.S. Secretary of State Antony Blinken said January 5.

The United States is committed to Ukraine’s sovereignty and principles of international relations that undergird peace and prosperity throughout Europe.

The United States strongly opposes Russia’s continued troop buildup on Ukraine’s borders and the untrue broadcasts on Russian state-controlled media directed at Ukraine and NATO. Blinken said Russia continues to promote a “false narrative” that Ukraine is seeking to provoke a conflict.

White House National Security Advisor Jake Sullivan said in December 2021 the administration is ready to discuss issues that Moscow raises, but he emphasized that the Biden administration is committed to the “principle of nothing about you without you” in any policy that affects European allies and partners.

Conflict in Ukraine began in 2014 following Russia’s illegal seizure of the Crimean Peninsula and its instigation of a proxy war for an uprising in eastern Ukraine.

The United States supports implementation of the Minsk agreements as a method to end the conflict. The agreements, which the United Nations endorsed, call for a disarmament and withdrawal of Russia troops from Ukraine.

An estimated 2.9 million people will need humanitarian assistance in 2022 because of the conflict. The conflict also has led to the deaths of more than 13,000 people and forced 1.5 million to flee their homes.

While Russia claims to have concerns about European security, Blinken emphasized that it was Russia that invaded Georgia, invaded Ukraine, stationed its troops without consent in Moldova, attempted to assassinate political opponents on foreign soil and violated international arms control agreements.

The secretary said one nation should not be able to forcibly change the borders of another nation, dictate another nation’s foreign policy or create a sphere of influence over neighboring countries.

The United States and NATO have strengthened the trans-Atlantic bond and are steadfast in their support for Ukraine’s independence, territorial integrity and sovereignty.

Diplomacy is the best method to solve the conflict, Blinken said, but allied members of NATO, the European Union and the Group of Seven are poised to levy severe penalties against Russia if it escalates the situation in Ukraine. “Russia will face massive consequences for renewed aggression against Ukraine,” he said.