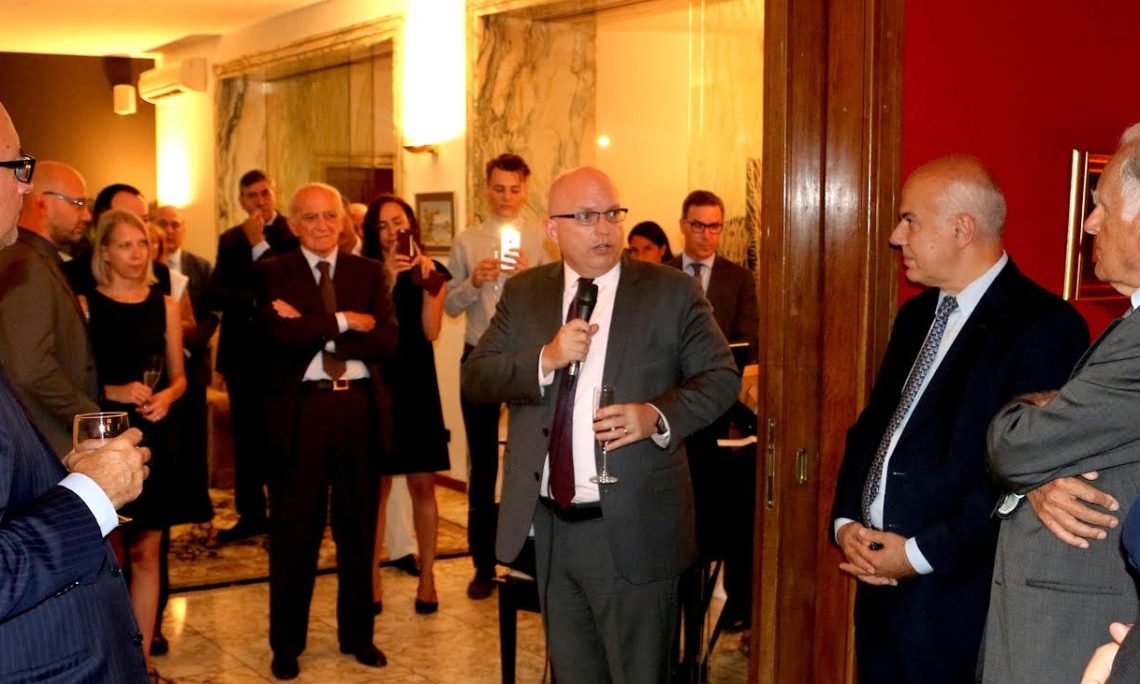 On Tuesday September 13, Consul General Ambassador Philip Reeker hosted a reception for Amerigo to reinforce the importance of exchange programs between the U.S. and Italy.

The reception provided networking opportunities for many of the alumni and will further help the Milan Consulate General in promoting U.S. Government priorities in Northern Italy.

Professor Edoardo Croci (the new President of the Northern chapter of Amerigo) gave a brief description of Amerigo, the Alumni association that groups all exchange alumni in Italy, and was followed Massimo Cugusi who provided a broader view of the alumni associations world-wide.