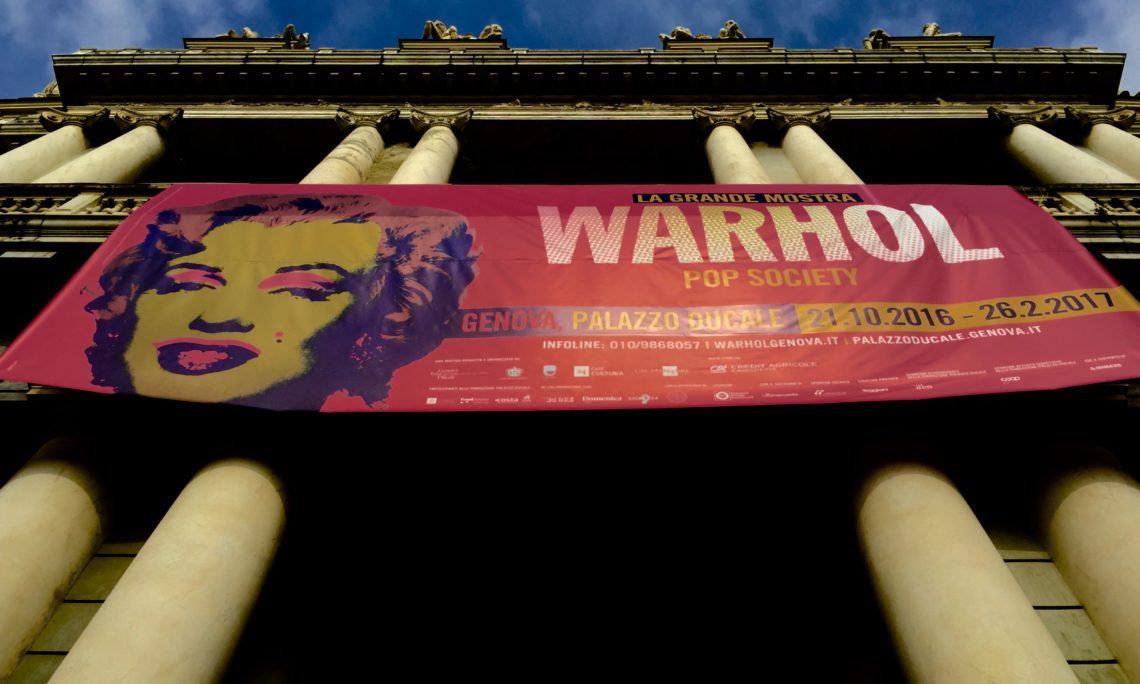 The main entrance to the exhibit “Pop Society” at Palazzo Ducale, Genoa

On Thursday October 20, Christopher M. Wurst, Milan Public Affairs Officer, attended the opening of “Pop Society”, the Andy Warhol’s exhibit at Genoa’s Palazzo Ducale commemorating the 30th anniversary of his death.  The exhibit curator was Luca Beatrice, who cooperated with the co-sponsors ‘Palazzo Ducale Fondazione per la Cultura’ (Foundation for Culture) and ‘24OreCultura – Gruppo24Ore.’ One hundred and seventy artworks were displayed, including artworks borrowed from private collections, museums and public or private foundations.  The exhibit was developed around six major themes: drawing, icons, Polaroids, portraits, cinema, Andy Warhol and Italy.