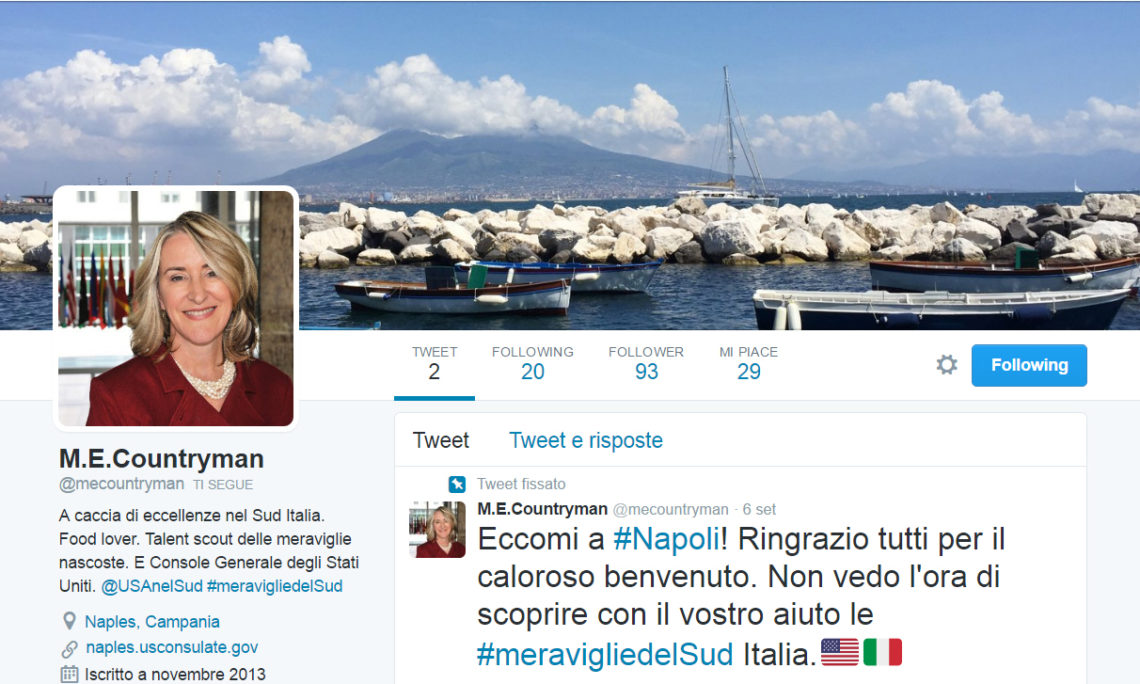 On August 29, 2016, Mary Ellen Countryman assumed the duties of U.S. Consul General in Naples.  This is her third official assignment in Italy, a country that she loves, especially considering her passion for culinary traditions. Read her full biography.