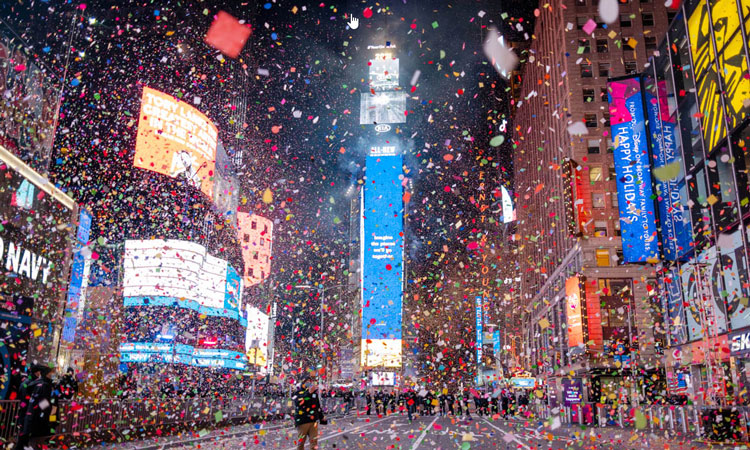 Each year, revelers around the world ring in the first moments of the new year with a familiar song.

With several hundred versions on YouTube, SoundCloud, Spotify and elsewhere, “Auld Lang Syne” is, by some accounts, as popular as “Happy Birthday.”

What does ‘auld lang syne’ mean?

The answer lies in a 1788 poem by the Scottish poet Robert Burns. Its title, “Auld Lang Syne,” is an 18th-century Scots phrase translating to “old long since” or “for old times’ sake.”

Burns sent his friend and patron Frances Dunlop the poem after reportedly transcribing the lyrics he heard an old peasant sing.

The poem was first published in James Johnson’s Scots Musical Museum in 1796 — the year Burns died — and gained popularity after that.

The poem was put to music in 1799 by George Thomson, a collector of Scottish songs.

Since then, “It has traveled and embedded itself in cultures across the globe,” historian Robert Crawford told the Washington Post in 2011. “It’s a malleable song — it’s quite unspecific about the nature of friendship — so it lends itself to many different occasions.”

So why sing it on New Year’s Day?

Scots and Scottish Canadians have been singing it at the end of Hogmanay Balls — their New Year’s celebrations — since at least the early 19th century.

In the United States, Guy Lombardo and his band, the Royal Canadians, popularized “Auld Lang Syne” as a seasonal standard by playing it on New Year’s Eve broadcasts starting in 1929.

The lyrics of “Auld Lang Syne” pose the question: How do we best remember the memories, friends and experiences of years before?

The answer, Burns tells us, is to “share a cup of kindness yet” as we journey into the new year.