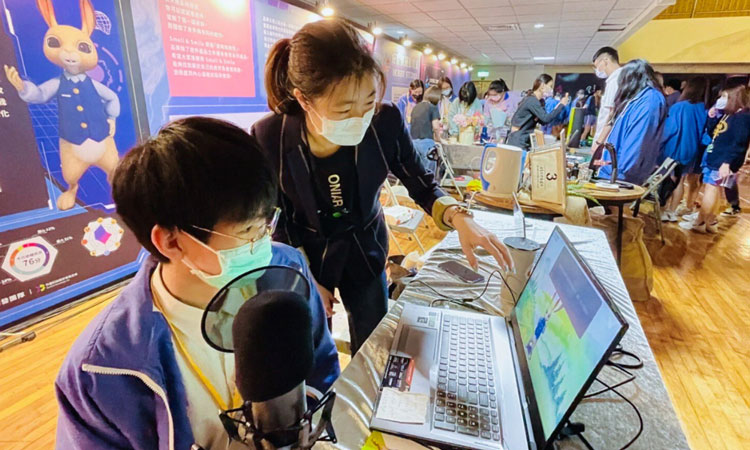 While serving in Taiwan’s military, Lynia Huang noticed that social stigmas around mental health concerns prevented people from getting the care they needed.

After leaving the military, Huang — who has a degree in social work — co-founded Bamboo Technology to make mental health care more accessible, and acceptable, to people on Taiwan.

In 2019, the company launched Here Hear, a smartphone app that uses artificial intelligence to diagnose depression from a user’s tone of voice and word choice. It also monitors stress levels, sleep patterns and changes in heartbeat. The app then offers treatment options, including relaxation techniques and anti-depression courses.

For users who are reluctant to share their mental health concerns, Here Hear is a way to discuss them without speaking to another person. “We are afraid that others will judge us or criticize us, that we are weak people,” Huang says.

Taiwan News, an English-language newspaper, reports that more than 1.5 million people on Taiwan have experienced some form of depression, yet many do not seek help.

According to the World Health Organization, nearly 1 billion people worldwide live with a mental disorder and relatively few have access to treatment. Depression and anxiety cost the global economy an estimated $1 trillion per year in lost productivity.

Huang enrolled in the U.S. Department of State’s Academy for Women Entrepreneurs (AWE) to help get Here Hear established. She says the program gave her the skills and confidence to support her next goal of expanding Here Hear beyond Taiwan, where it received 50,000 downloads in its first three months.

“[AWE] helped me to write all my planning and connect it with my vision, framing our mission within a realistic finance plan which is operational,” Huang says.

Since 2019, AWE has empowered an estimated 25,000 women entrepreneurs in nearly 100 countries. The program has operated on Taiwan since 2021.

Through her business, Huang encourages more women to work in engineering and supports veterans by primarily hiring former military colleagues. She hopes the app will help more people on Taiwan address their mental health concerns.

“I am just really dedicated to improving the public mental health and I think that mission is my whole life,” she says. “I just like to help people.”