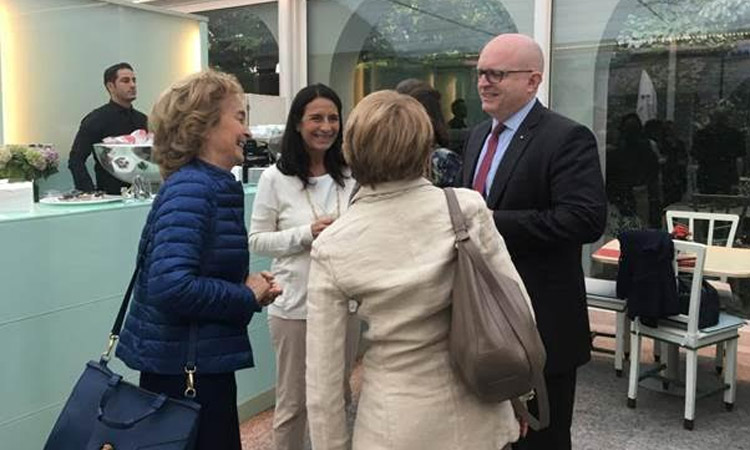 The breakfast was organized to introduce the new Public Affairs Officer Kim Natoli to leading officials in the Northern Italian museum world. Eighteen directors attended the program, representing the most important museums in Milan and the consular district, together with Milan’s city councilman for culture.

A representative of the Solomon Guggenheim in New York, in town organizing an exhibit for April 2018 in collaboration with Galleria d’Arte Moderna in Milan and the Consulate also attended.  Many ideas for future cooperation and joint programs were discussed.