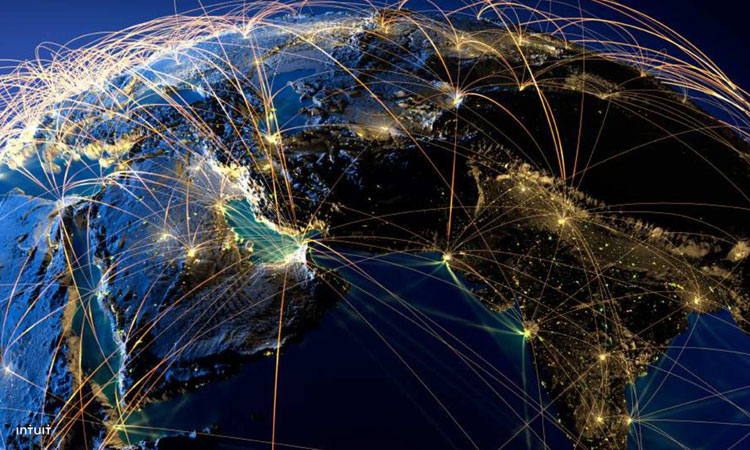 The COVID-19 pandemic has dramatically increased people’s reliance on the internet. In part of the world, school and doctor’s visits moved online, businesses shifted to telework and friends and family met virtually.

Yet in Africa, only one-fifth of the population, 22%, has internet access, says the World Bank. That leaves 700 million people not connected.

U.S. government agencies and the private sector are working with African partners to connect them. On October 6, Google CEO Sundar Pichai announced a $1 billion investment to provide affordable internet access and support entrepreneurs and nonprofits in Africa over the next five years.

“One thing we’ve seen is how technology can be a lifeline, whether you are a parent seeking information to keep your family healthy, a student learning virtually or an entrepreneur connecting with new customers and markets,” Pichai said, announcing the investment.

Other U.S. companies are also expanding internet access in Africa. Meta (formerly known as Facebook), in partnership with South African company MTN GlobalConnect and Mauritius-based West Indian Ocean Cable Company, is building one of the world’s largest undersea internet cable networks. The 2Africa project, announced in May 2020, will build 37,000 kilometers of cable to connect 16 African countries with Europe and the Middle East.

Starlink, the satellite internet arm of the American aerospace company SpaceX, partially funded by the U.S. Federal Communications Commission, expects to start connecting rural communities in Africa to high-speed internet delivered through a network of satellites in 2021.

USAID is also expanding internet access to more women, who disproportionately lack access to the internet in poor, rural communities in Africa and around the world.

Through the AfChix project, USAID and private sector partners, such as the Internet Society and the Network Startup Resource Center, have expanded internet availability to women in rural communities across Senegal, Morocco, Kenya and Namibia.

The project works with women’s collectives to create internet networks that are implemented and operated by women, expanding connectivity and increasing capacity to build and maintain telecommunications infrastructure and addressing social norms so that women can be seen as technology experts.

Through the USAID/Microsoft Airband Initiative, USAID and Microsoft invest in local internet service providers to expand their networks and bring more women online. The project expands women’s internet access and economic opportunities in countries such as Ghana and Kenya by putting women’s needs at the center of meaningful connectivity.

One thing all these initiatives require to succeed is an open, interoperable, reliable and secure digital economy across the globe. That’s why the U.S. and partner nations work together through the Digital Connectivity and Cybersecurity Partnership to promote the private sector investment needed to make it happen.

In September, Liquid Intelligent Technologies announced the opening of its fifth mega data center in South Africa. Loans from the DFC, the United Kingdom and the World Bank supported the development of the centers.

In November 2018, the DFC partnered with Africell Holding Limited to provide a $100 million loan to expand quality affordable mobile telephone and internet services in Uganda and the Democratic Republic of the Congo.

“Telecommunications is now essential to a country’s economic development and competitiveness,” according to a statement announcing the 2018 loan. “Better connectivity will remove barriers that restrict growth and commerce.”