Consul General Countryman with the two delegates of the United States

“It’s great to see so many students from so many schools involved.  IMUN has proven itself to be a huge success, thanks to the interest and enthusiasm of thousands of young people.  You had a unique educational experience:  to become ‘budding ambassadors and diplomats,’ and to get closer to the world of diplomacy and international cooperation.”

With these words, on January 21, Consul General Mary Ellen Countryman spoke to some 1,200 students, teachers, and their families at the fifth annual Italian Model UN (IMUN) conclave in Naples.

Joined by the French and the Ukrainian Consuls, the Alderman for Work and Economic Development of the City of Naples , and some of the IMUN organizers of the United Network Association, Consul General Countryman awarded the winning delegates, who excelled during the UN simulation for their abilities in the art of diplomacy and negotiation in resolving pressing challenges for the global community.  This edition’s focus was the refugee crisis in Europe, “a topical issue, with very high social and political relevance, in particular here in southern Italy, well debated on Italian and international media.”

The annual IMUN conference is an English language competition in which student teams representing UN member countries learn about international relations and the role of United Nations. 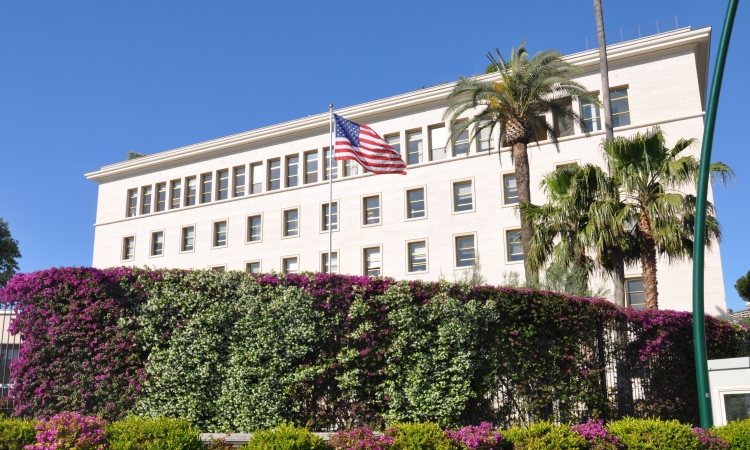