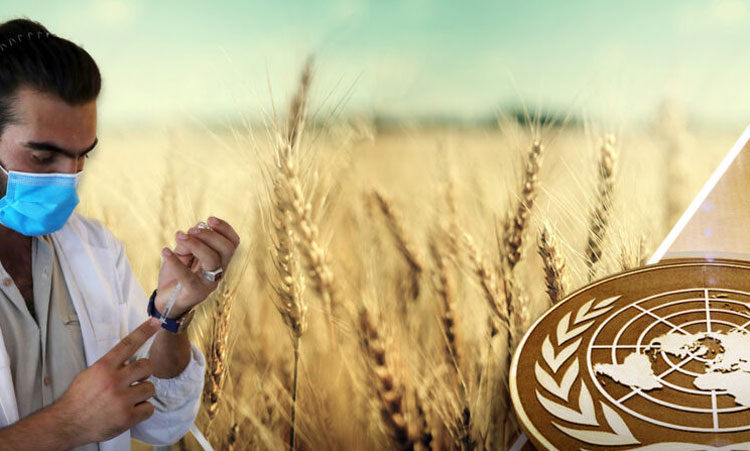 At the 77th United Nations General Assembly September 13–27 in New York, the United States aims to build on the U.N.’s success and help prepare the institution to tackle 21st century challenges.

“Now is the time to align with a broad, diverse coalition of countries on a shared vision for taking on the challenges of tomorrow — a vision in line with the U.N. Charter’s core principles,” U.S. Permanent Representative to the United Nations Linda Thomas-Greenfield said September 8, outlining U.S. priorities for the meeting in New York.

The United States is committed to addressing the global food crisis, caused by climate change, the COVID-19 pandemic and armed conflict, including Russia’s war on Ukraine.

Secretary of State Antony Blinken will co-chair with the European Union and the African Union a Food Security Summit September 20. The aim is to advance global efforts to address food insecurity, including through the Roadmap for Global Food Security, which has garnered 103 signatories since May. The signatories have committed to take concrete steps to get food to those most in need.

The road map was launched in May when Blinken chaired a U.N. Security Council meeting and a ministerial meeting to help galvanize further collective action on the food crisis.

Since February, the United States has provided over $5.7 billion in emergency food security assistance globally, including to African countries suffering from extreme hunger and malnutrition.

Top U.S. officials will work with other nations to strengthen the fight against the COVID-19 pandemic and bolster global health security.

On September 21, Biden will host the Seventh Replenishment Conference for The Global Fund to Fight AIDS, Tuberculosis and Malaria. The U.S. government has contributed nearly $20 billion to the fund since 2002 — more than any other country.

During the second half of the U.N. General Assembly, Blinken will co-host a foreign ministers meeting to advance the COVID-19 Global Action Plan. In February, the United States and international partners launched the plan to address the acute phase of the COVID-19 pandemic and strengthen global health security architecture.

The Biden administration also has pledged $450 million to a pandemic preparedness and global health security fund recently established at the World Bank.

Russia’s invasion of Ukraine has tested the U.N.’s founding principles of sovereignty, self-determination and peaceful resolution of disputes, Thomas-Greenfield said. Noting that Russia is a permanent member of the U.N. Security Council, she said the U.S. would commit to six principles for responsible behavior of council members, including acting in accordance with the U.N. Charter, defending human rights and enhancing cooperation, inclusivity and transparency.

“We must double down on our commitment to a peaceful world and hold even closer our deeply held principles of sovereignty, territorial integrity, and peace and security,” Thomas-Greenfield said. She invited all council members to adopt these principles as well.