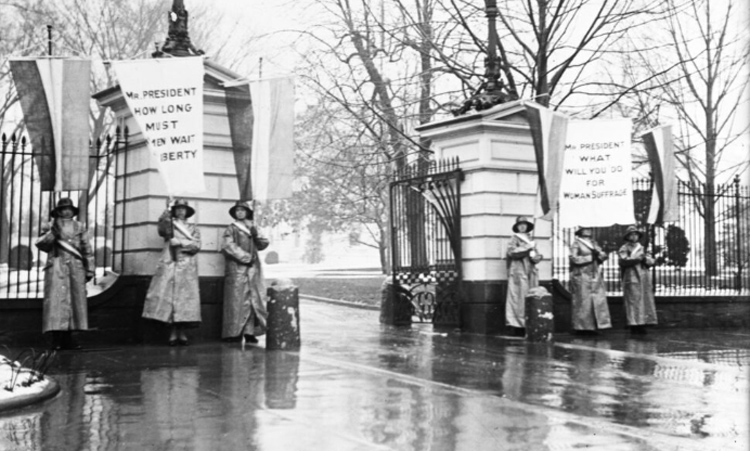 First Lady Melania Trump is excited to announce Building the Movement: America’s Youth Celebrate 100 Years of Women’s Suffrage, an exhibit honoring the centennial anniversary of the ratification of the 19th amendment, which gave American women the right to vote. The exhibit will launch this August and will showcase artwork by young Americans depicting this historic milestone. To create this exhibit, the First Lady is asking students across the United States and its territories for submissions depicting individuals, objects, and events representing the women’s suffrage movement. Their artwork will appear alongside images of women’s suffrage parades, marches, and gatherings that took place at or around the White House.

“As we celebrate the 100th Anniversary of the 19th Amendment, it’s important to include our children in the conversation so they can learn and understand the history behind the women’s suffrage movement” said First Lady Melania Trump. “For decades, women leaders lobbied, marched, and protested for equality and their right to vote in the United States. It is my hope that this project will both support and expand the important conversations taking place on equality and the impact of peaceful protests, while encouraging children to engage in the history behind this consequential movement in their own home state.”

The White House is encouraging submissions from students in grades 3-12, and will select one artwork to be included in the exhibit from each of the 50 states, the District of Columbia, America Samoa, Guam, the Northern Mariana Islands, Puerto Rico, and the U.S. Virgin Islands. All applicants will receive a thank you note signed by the First Lady, thanking them for their participation in this special exhibit honoring the women’s suffrage movement.

To be considered, artwork must meet the following requirements:

To learn more about the women’s suffrage movement, please visit the Women’s Suffrage Centennial Commission website and review their state toolkits for more information on what happened in your state!