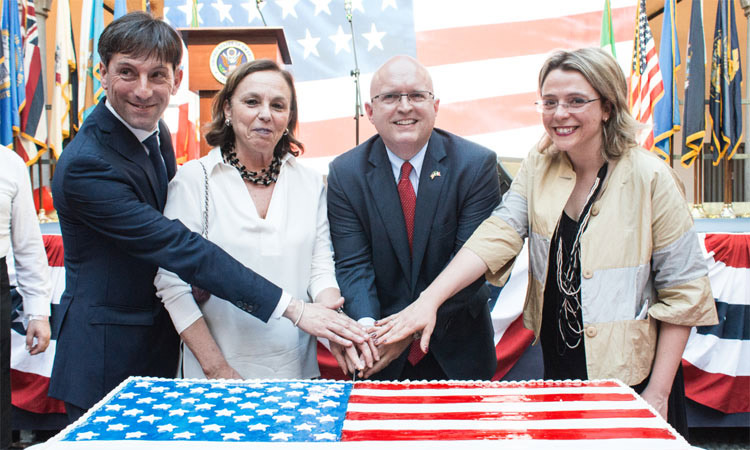 Thursday evening, July 6, the Consul General and Mrs. Reeker, welcomed more than 1200 guests to a special event celebrating the 241st anniversary of U.S. Independence.  The event was held at the historic Castello Sforzesco where Deputy Mayor of Milan Anna Scavuzzo and her husband, joined the Reekers on stage.

Consul General Reeker highlighted that in 2017, we mark the 70th anniversary of something that will continue to bind Italy and the United States together: The Marshall Plan.  He went on to say, “The spirit of the Marshall Plan is as needed now as it was seventy years ago, ” and added “the success of the Marshall Plan is cause for optimism, that we can address the challenges we now face; a source of hope, because it demonstrated that with shared purpose we can overcome seemingly insurmountable problems.”  He underscored the Consulate General Milan’s engagement throughout the eight regions of Northern Italy.