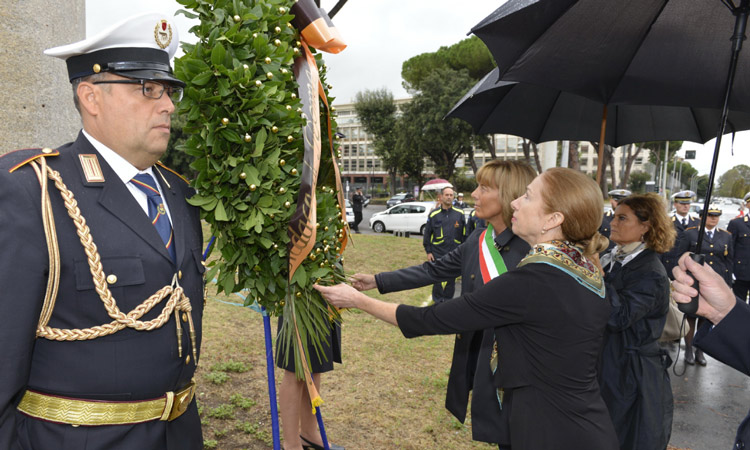 Sixteen years have passed since the terrible events of September 11, 2001.  For many of us, the brutal deaths of nearly three thousand people at the World Trade Center, the Pentagon and a field in Pennsylvania marked a moment of stark awakening, when terrorism became far too real.

In an instant, the lives of ordinary people going about their everyday lives were cut short.  Many of those lost were visitors from other countries, including Italy.

While we watched those shocking events unfold, we also felt pride as hundreds of first responders – firefighters, police, paramedics– put their own lives at risk to do what they were trained to do: help those who needed help.  Tragically, some of these brave professionals also died that day.

In the hours, days, and weeks that followed we were consoled by the outpouring of solidarity and support from the global community, including from throughout Italy.  Our hearts were broken but we knew that we were not alone in our grief.

That solidarity and support continues today, and it is my honor to attend this commemoration ceremony.  On behalf of the U.S. Embassy and the American people, I thank the city of Rome and the people of Italy for remembering this sad anniversary and for joining us in the continuing global fight against terrorism.

In the years since 9/11, terrorists have continued to steal the lives of innocent victims in Brussels and Basra, in London and Orlando, in Paris and so many other places around the world.  So as we mark yet another 9/11 anniversary, we urge all to acknowledge not only those who died sixteen years ago today, but to remember the countless others who have lost their lives or loved ones at the hands of terrorists.

We will never forget those taken from us, nor will we ever stop working to build a more secure and more prosperous world, one where we hope violent extremism in all its forms will be a thing of the past.