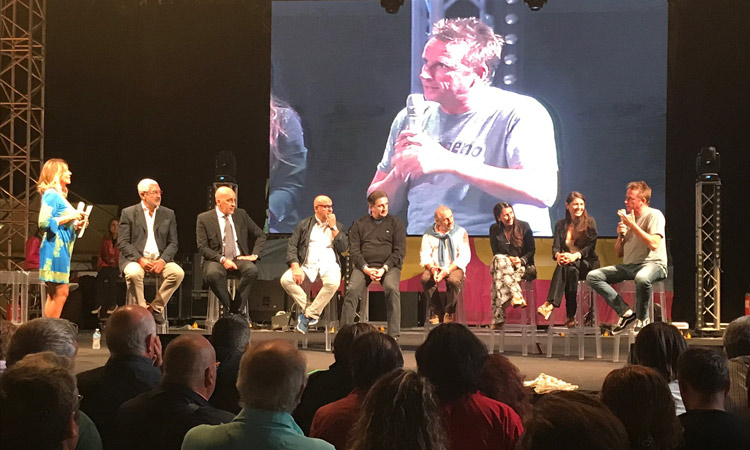 American chef and television star Marc Murphy represented the United States at the 20th edition of the Cous Cous Fest, the International Festival of Cultural Integration held in San Vito Lo Capo, Sicily September 20-23. The Cous Cous Fest theme “Welcome Diversity” allowed Murphy to highlight some core American themes, such as the value of diversity and integration, and the use of food as a tool for mutual understanding among people of different cultures and origins.

As part of his presence at the Cous Cous Fest, Murphy took part in a public talk in San Vito’s main square, where he shared his experience growing up in Italy and France, and starting his career as a restaurateur in New York City.  On September 24, Murphy also held a workshop at FARM Cultural Park, a youth-oriented community center near Agrigento, and met with local food business owners.