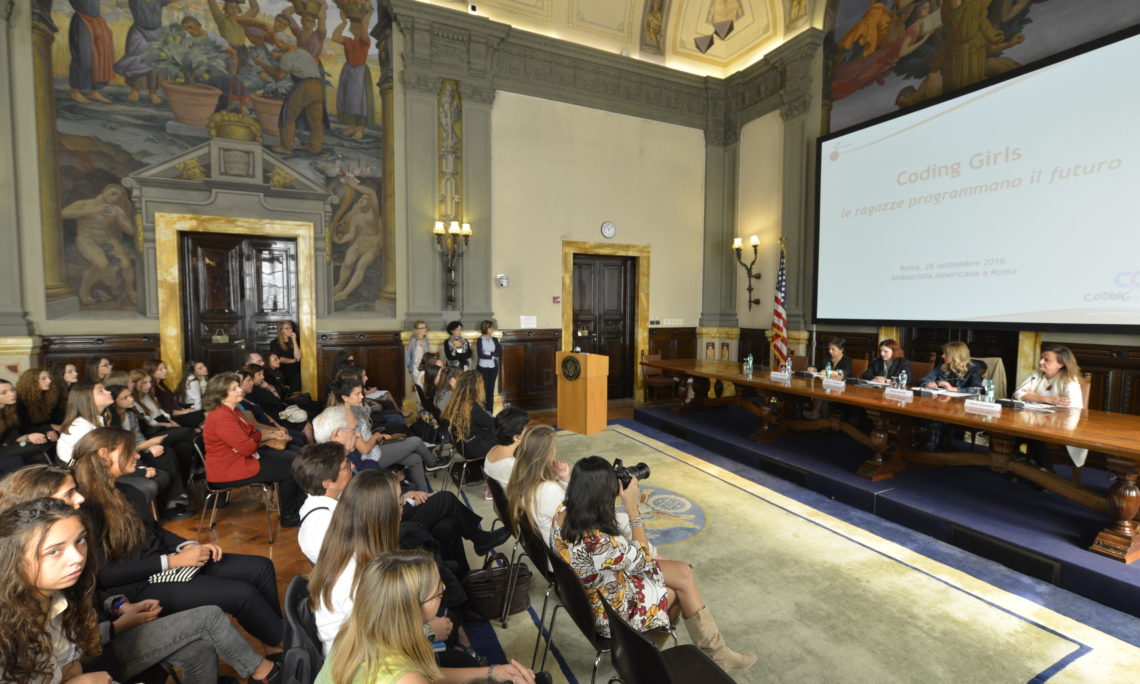 On September 28 the U.S. Embassy hosted the press conference of the third edition of Coding Girls, a project of the organized in collaboration by the U.S. Embassy, the Fondazione Mondo Digitale, and the support of Microsoft.  The project promotes STEAM studies and women and girls’ empowerment.

The Coding Girl program, a week-long series of English-language coding workshops, started in 2014 with a pilot project, carried out in eight high schools in Rome.  It engaged approximately 200 young women in training courses led by an American computer science engineer from “Girls Who Code”, a successful New York City-based initiative, with the goal of reducing the male-female gap in the management of technology.

The program grew to involve schools in Naples in 2015 and both Naples and Milan in 2016, with a renewed format that aims to expand the future reach of the project through “Train the Trainer” workshops.  The 2016 edition involves four phases from May to November:

The week of workshops will close with three competitive hackathons (hacking marathons) involving all of the workshop participants from Milan, Naples, and Rome. 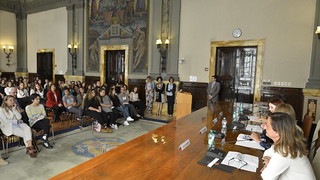