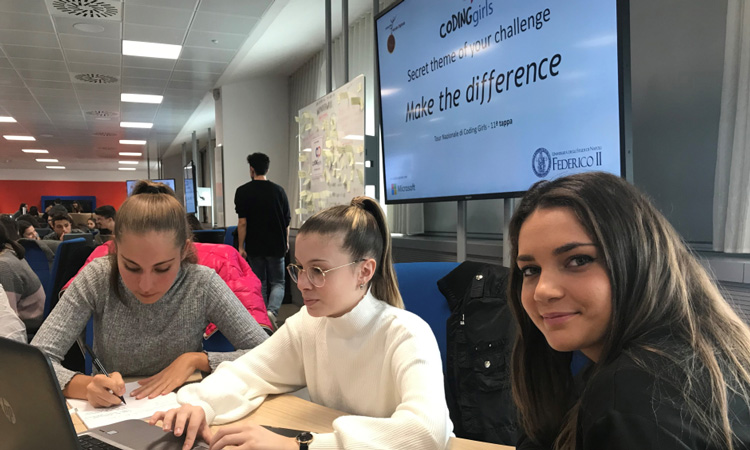 Workshops were held in various high schools, and on the day of the hackathon the students collaborated using a free software called Scratch provided by Massachusetts Institute of Technology (MIT.)  This year, the theme of the competition was different in every city.

On November 18, five high schools were involved in Palermo at the University of Palermo, Department of Mathematics and Computer Science.  The 70 young students were led by U.S. coach Anthonette Peña, National Board Certified Teacher and STEM Teacher Lead and their theme was “If I had a Time Machine…”