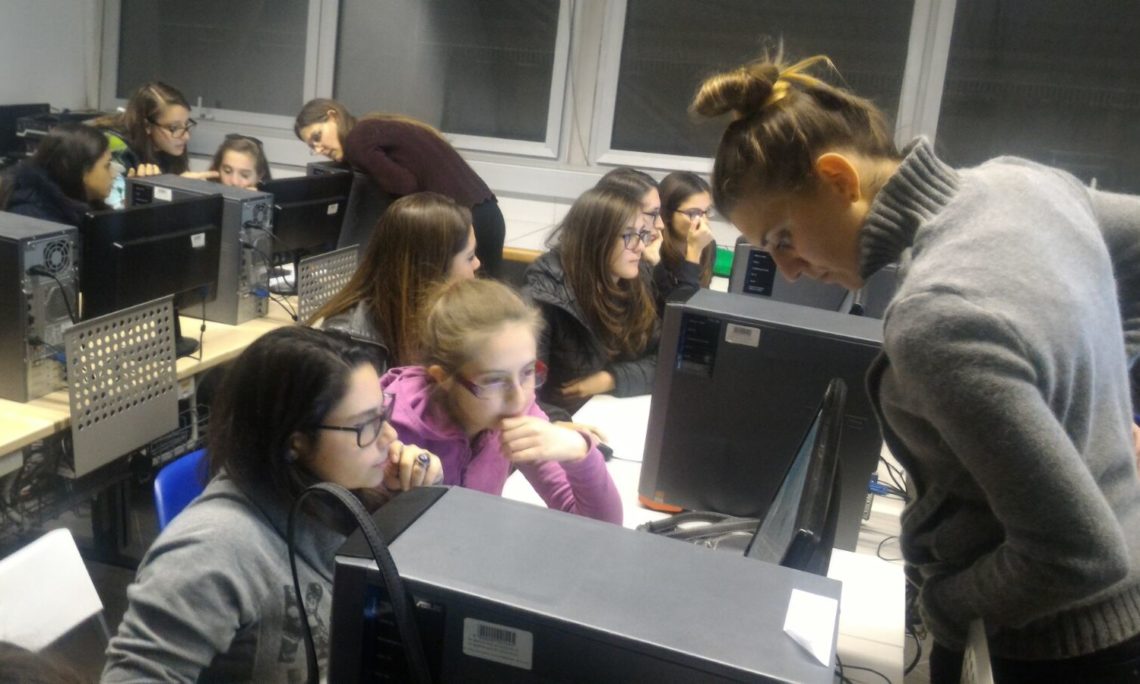 Coding during one of the workshops

On November 17, Coding Girls tour made a stop in Naples, where the program was sponsored for the second consecutive year in a constant effort to promote STEM studies, particularly among young women who seek equal opportunities to express their talents. In this edition, Coding Girls workshops were organized at four Neapolitan schools, where US coach Emily J. Thomforde conducted coding trainings sessions assisted by Fondazione Mondo Digitale and Public Affairs Naples staff.

Leading up to this year’s events, the Fondazione had also organized a summer school to train new young coaches to better engage their peers.  Naples also hosted a hackathon on November 19 as a closing event of the Coding Girls week, a new addition this year. About 100 young enthusiastic female students attended the hackathon: they competed with 16 projects created with a tool called ‘scratch’ on the topic “Digital Naples.” Made by a team of 4 teenagers, the winner project was called ‘Napul’è:’ the winning coding girls recreated the famous video game Super Mario, setting it in Naples. The aim was to underline both the pros and the cons of the city.

After the hackathon in Naples, the tour went on in Rome.