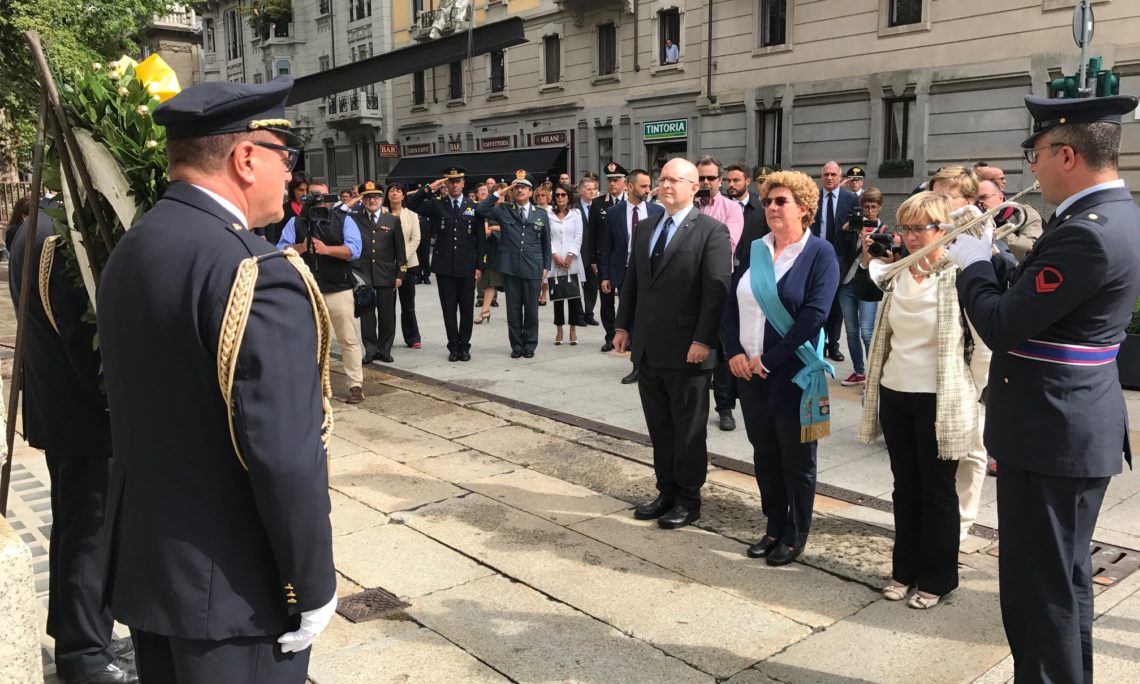 On Monday September 11th Consul General Ambassador Philip Reeker presented remarks at the ceremony organized by the Mayor of Milan in remembrance of the victims of the 2001 terrorist attacks.

Milan Deputy Mayor Arianna Censi represented Mayor Sala at the wreath laying ceremony.  Censi stressed how “…honoring the victims of 9/11, we are all unreservedly united in the fight against terrorism for justice and peace…” A large representation of the Milan Consular Corps attended the ceremony along with the top ranks of the Italian Armed Forces and officials from Italian public institutions, including Lombardy Regional Council Vice President Sara Valmaggi and former President of the Milan Court of Justice Livia Pomodoro.

CG Reeker emphasized how “… 9/11 impacted all of humanity…“ and “… it is time to rely on one another…to work together with strength to defend our common values.”