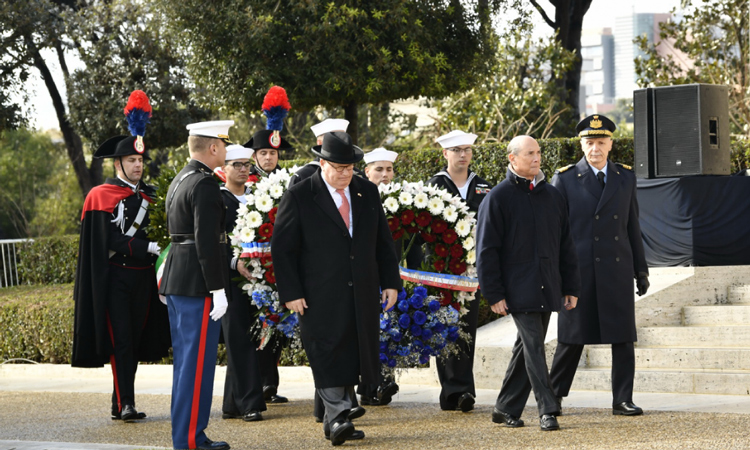 Commemorations of the 75th Anniversary of the Landings: The Sicily-Rome American Cemetery remembers the Liberators of Italy

On January 22, 2019, Ambassador Lewis M. Eisenberg participated to a ceremony at the Sicily-Rome American Cemetery in the memory of the service members who fell during the Allied landings at Anzio and Nettuno. This ceremony included the illumination of over 7,800 graves, and is part of the commemorations of the 75th anniversary of the Allied landings in Italy.

The ceremony was an opportunity to discover the individual stories of people who are buried or commemorated in the cemetery. The mission of the site was to keep alive the memory of the 11,000 Americans – out of the 30,000 – who died to liberate Italy. Blocked by the famous Gustav Line north of Naples in late 1943, the Allies outflanked enemy positions with landings at Anzio and Nettuno on January 22, 1944. These advances marked the beginning of the offensive that led to the liberation of Rome in June 1944.