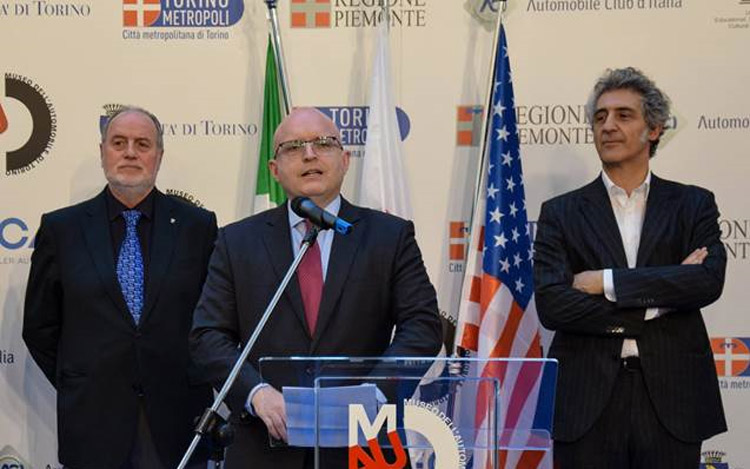 Consul General Amb. Philip Reeker traveled to Turin on Tuesday, March 28 for the official opening of the exhibit “Crossroads,” held at the National Automobile Museum “Giovanni Agnelli.”  The exhibit shows how both the American and Italian automobile industries and car designs were influenced by each other.

Americans were fascinated by the Italian designs, the artistic and cultural heritage, the talent, taste and style of a long cultural tradition. Many Italians went to the USA to study and work there, and at the same time were inspired by new perspectives, scenarios, technologies and ideas.

The mutual influences of the two styling schools (Italian and American) were the driving force behind all future developments in design. In his remarks, Consul General Reeker stated that these works show how the U.S. and Italy are intertwined with very deep and old roots and how both our cultures are multi-faceted, complex, and dynamic.  He added that in his capacity of U.S. diplomat, part of his job is to highlight American culture and why it is so beautiful and unique. This is why he considers the exhibit “Crossroads” a great accomplishment.