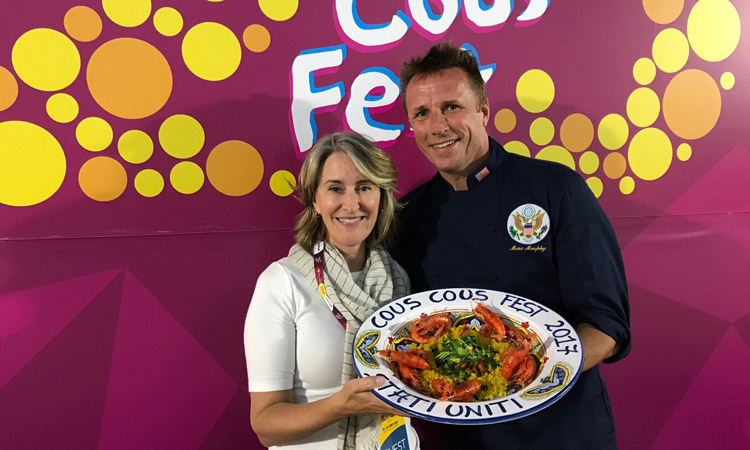 Consul General Mary Ellen Countryman supported several cultural events and public diplomacy programs during a trip to Sicily, September 18-22.  On September 19, she met with Mayor of Palermo Leoluca Orlando to discuss Palermo’s plans as Italy’s “Capital of Culture” for 2018, and she attended a performance at Palermo’s Teatro Massimo.  On September 21, she spoke to the press at American chef Marc Murphy’s presentation at the 20th International Cous Cous Fest in San Vito Lo Capo, an event featuring the participation of several countries in Africa and the Middle East aimed at promoting diversity and integration.

Finally, on September 22, she participated in a ribbon-cutting ceremony and delivered remarks to an audience of about 70 people on the relationship between the United States and Sicily at the inauguration of the new archeological museum in Selinunte, in partnership with the NYU Institute of Fine Arts.  A local online outlet reported on the event and quoted CG Countryman as saying that “Americans and Sicilians collaborate every day in many different fields, and this museum inauguration is a concrete example of a relationship that has always been excellent, and will continue to be excellent.”