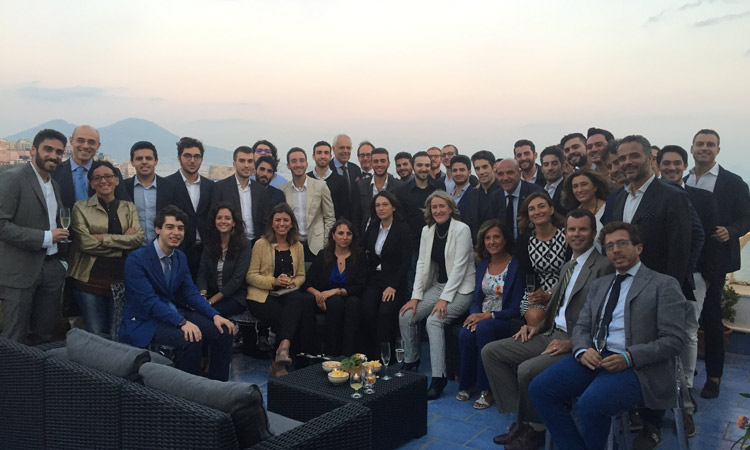 On September 28, Consul General Countryman hosted a reception on the Consulate’s terrace for local contacts in innovation and entrepreneurship.  She delivered welcome remarks to approximately 70 guests, including regional government representatives, members of the local business community, universities, and the Apple iOS Developer Academy, underscoring her goal, from the day she arrived in Naples, to highlight the “wonders of the south” in every field, including technology and innovation.

The event also served as an opportunity to congratulate the winning teams of the Naples NASA Space Apps Challenge 2017.  “Southern Italy is already a science, innovation, and technology hub,” noted the Consul General, “but we hope that programs like Space Apps and events like the one we are having tonight can help build new professional networks and create more opportunities.”