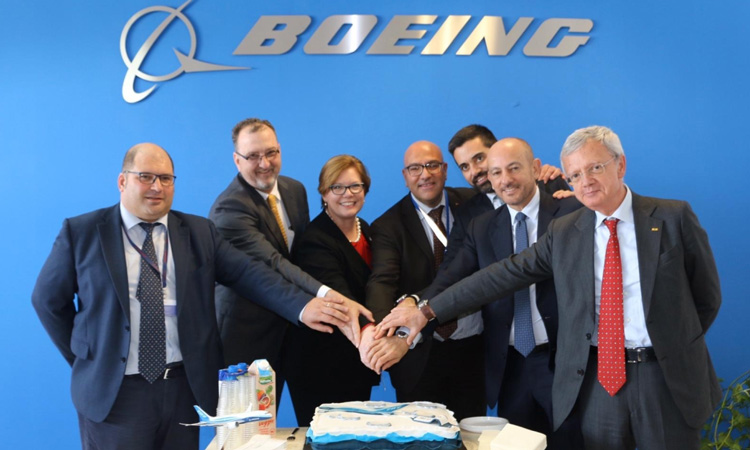 CG Avery met with Bari’s Deputy Prefect Rossana Riflesso, Mayor Antonio Decaro and University of Bari Rector Stefano Bronzini to discuss an array of issues, including the positive impact of U.S. tourism in the area, recent developments in commercial and economic investments in the region and a new American Studies chair at the University of Bari.

The following day, CG Avery toured the Boeing Grottaglie plant which produces fuselage sections for Boeing’s 787 Dreamliner. She celebrated the delivery of Boeing’s 1000th component alongside staff. Afterwards, she went to Grottaglie airport where Virgin Galactic recently announced its partnership with two of Italy’s biggest aerospace companies to develop a commercial spaceport. CG Avery concluded her visit by giving opening remarks at a joint event in Martina Franca, halfway between the industrial centers of Taranto and Brindisi in southern Puglia. The event was also attended by FCS Minister Counselor Todd Avery and was an opportunity to advocate SelectUSA and BuyUSA in the heart of Puglia’s aerospace district.