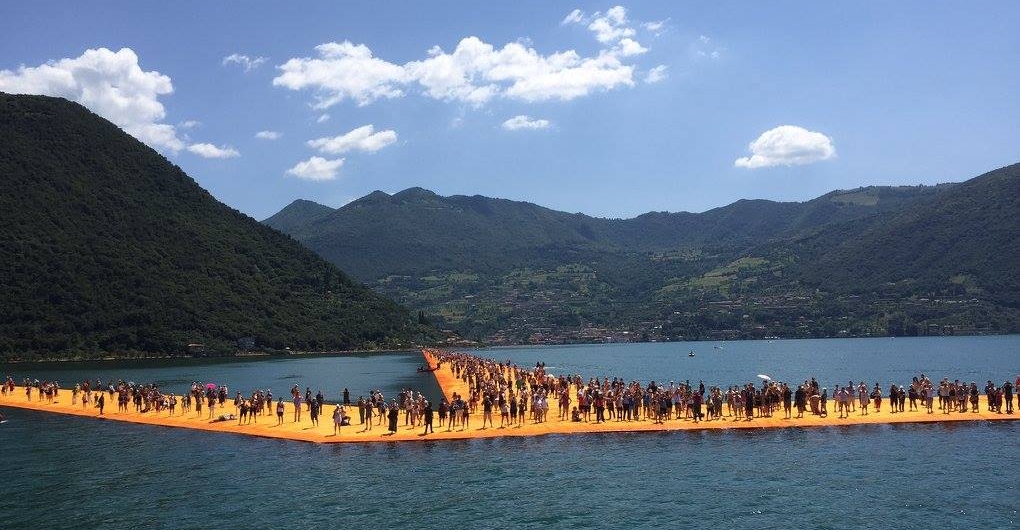 The Floating Piers, conceived by Christo and his wife Jeanne-Claude

The ambitious installation, by the world-famous Bulgarian-American artist (resident in New York), consists of a four kilometer walkway over Lake Iseo, made up of more than 20,000 plastic cubes covered by a bright nylon material. The three-week long installation was on place to attract more than a million visitors, and was wildly well-received. The cost of the installation was covered by Christo (who buys and resells his materials), and was free to visitors.

The U.S. Consulate General delegation was escorted by the director of Fondazione Brescia Museum, Luigi Di Corato and met with Christo on Saint Paul Island.   Christo invited the team on a boat tour of the installation.

The Director of the Whitney Museum of American Art of New York, Adam D. Weinberg, joined the party for the tour. Christo also offered the Consul General and Mr. Weinberg a helicopter tour of the work – a spectacular birds-eye view.

On a side note, both Di Corato and Christo participated in the International Council of Museums (ICOM) conference that took place in Milan the first week of July.