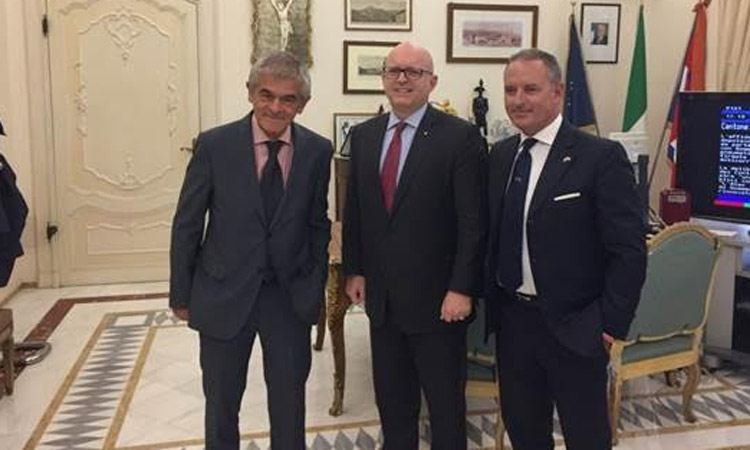 Consul General Philip Reeker, accompanied by the Chief of the Political/Economic Section John Crosby, met on Monday, September 18, with Piedmont Regional President Sergio Chiamparino (PD) for a wide-ranging discussion about positive economic prospects in the region (which counts the United States as its top destination for exports); the increasing viability for the “triangle” encompassing Turin-Milan-Genoa to attract major international events (like the Olympics); the future of the Five Star Movement in Piedmont; and the importance – for Chiamparino – of taking Italy’s migration issues seriously but at the same time keeping them in perspective.

Chiamparino – who spent 10 years as Mayor of Turin (2001-2011) – emphasized his view that Italy is an “old country” that values a way of life that could not be changed simply by the entrance of 15,000 immigrants into his region. Following the meeting with Chiamparino, the CG was hosted by Enrico Rosso (Torino’s honorary AmCham representative, pictured above) for a dinner with key political and economic contacts in the Piedmontese capital.