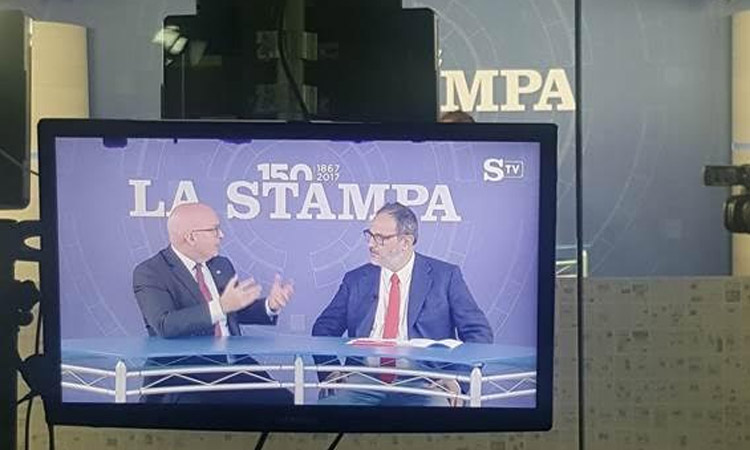 On September 19 Consul General Philip Reeker paid a courtesy call on Maurizio Molinari, the Editor-in-chief of Turin-based influential daily La Stampa. The CG had the opportunity to meet and talk with Molinari and Deputy Editor-in-chief Luca Ubaldeschi, who led CG Reeker on a tour of the newsroom and the “newseum,” a collection of memorabilia from La Stampa’s history.

The CG also did a farewell video interview with Luca Ferrua, the chief of the Turin pages. In the interview the CG expressed his admiration for the city of Turin, saying “Turin is a little Paris,” and highlighted how the 2006 Winter Olympics represented a turning point in the international visibility of the capital of Piedmont, becoming an important tourism destination. The city also has a long history as the headquarters of Italian automotive industry giant Fiat Chrysler.

The interview was posted on La Stampa/Turin’s online webpage and published in the print edition on Thursday September 21.