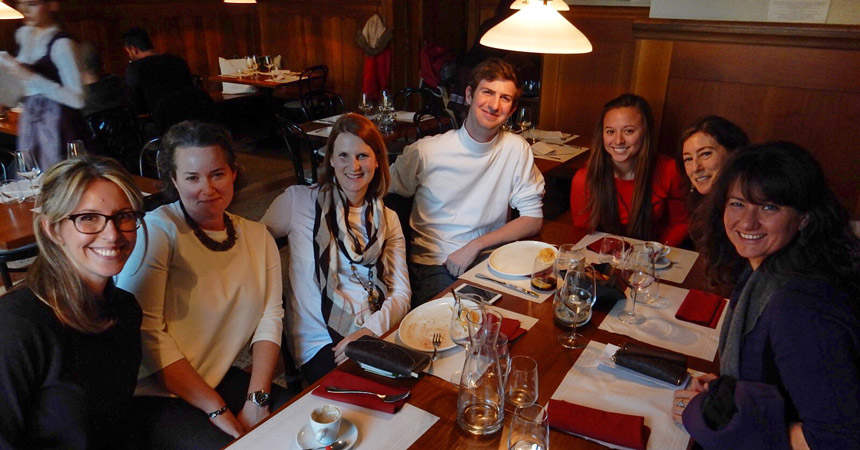 On Sunday, December 4, Vice Consul Heather Beggs traveled to Pinzolo in Val Rendena, West of Trento, to meet with 35 American citizens living in the region. The Vice Mayor of Pinzolo and Mayor of Giustino (both Italian-American dual nationals) attended, with a short appearance by the Mayor of Pinzolo. Hosted by our local warden, Benny Masè, Ms. Beggs and the local officials held a wide-ranging two-hour panel discussion responding to questions from American citizens about passports, citizenship, and new tax and social security number requirements. Dinner with the Mayor, Vice Mayor and Warden followed. The local press covered Ms. Beggs’ visit as well (see link on the right column).

On Monday, December 5, Ms. Beggs continued her outreach in Bolzano with a two-hour informational lunch meeting with more American citizens, including university students who had traveled from Trento to join. The group created an action plan for future contact and service requests from the Milan ACS Unit; as well as new connections to American student exchange programs in Milan. With a long hiatus between ACS visits to these Northern regions in our district, the American citizens were appreciative of the opportunity to connect with the Consulate and with each other.