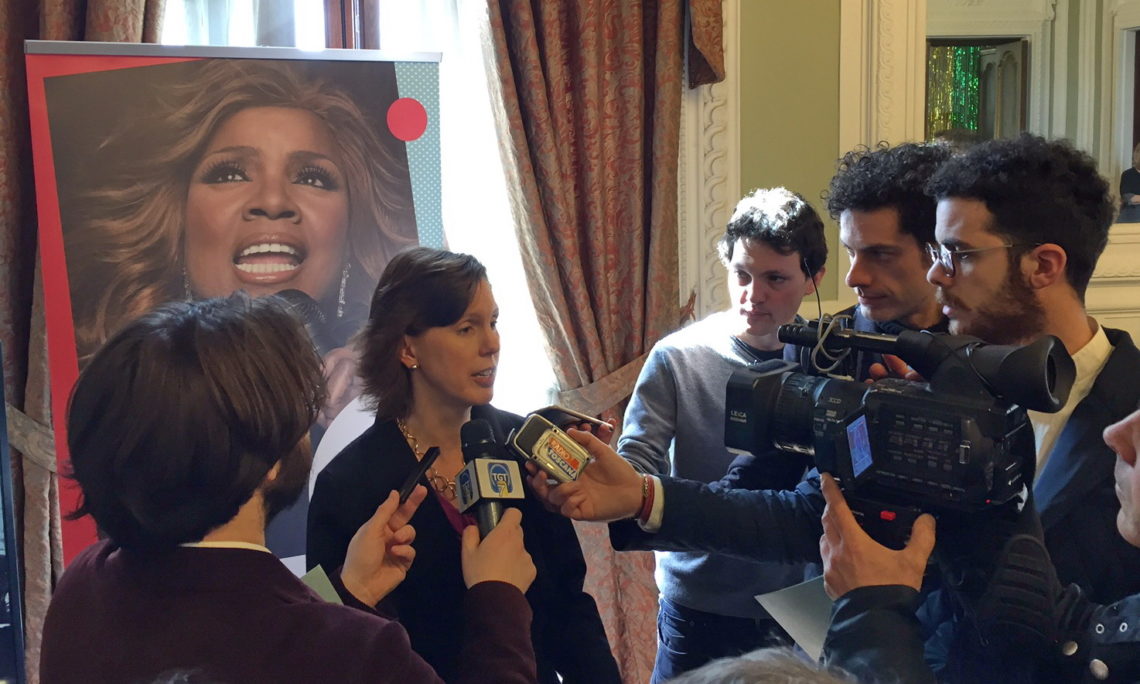 At a press conference hosted at the Consulate on March 1 launching the Gloria Gaynor concert on March 7 in Santa Croce Sull’Arno (Pisa), U.S. Consul General Abigail M. Rupp focused on the importance of Women’s History Month.  In her remarks, she said:  “Gloria Gaynor does not belong just to America — she belongs to the world.  I am particularly pleased to see that Ms. Gaynor will be coming our way in March.  Her arrival bridges two very important occasions for the U.S.

In February we celebrate African-American History Month, and in March we celebrate Women’s History Month.  One of Ms. Gaynor’s greatest hits, “I Will Survive,” still gets audiences up out of their chairs and dancing at parties and dance clubs today.  But the song is also frequently recalled as a symbol of female strength.  As she recently said, ‘Through this song, we can relate to a woman who has faced the same struggles and summoned the strength to rise above and survive…Don’t be afraid of the future!’  It is a less-known fact, however, that Gloria Gaynor is also an activist.

As a spokesperson for the National Network to End Domestic Violence, Ms. Gaynor wants to bring greater awareness to domestic violence and help bring an end to this devastating social issue. So I find it particularly appropriate that Ms. Gaynor will perform on March 7th, to help us herald in International Women’s Day in the most powerful and joyful way possible.”    The mayor of Santa Croce Sull’Arno Giulia Deidda was also in attendance.