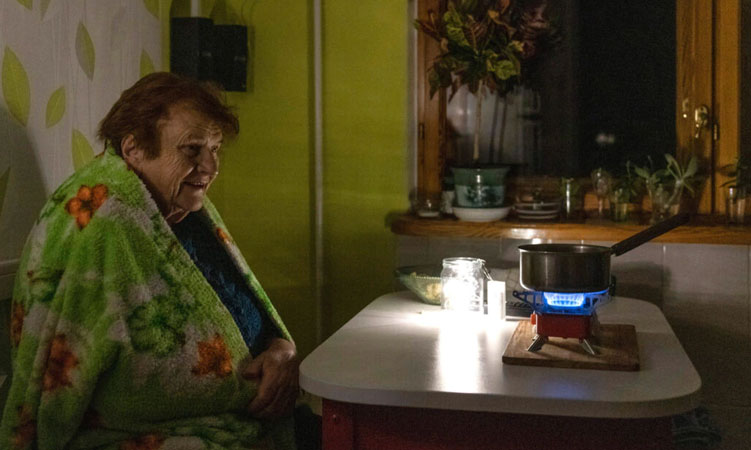 More than 70 countries and institutions have pledged over 1 billion euros to help Ukrainians through the winter amid the Kremlin’s ongoing military attacks on civilian infrastructure, including the electricity grid.

The funding was announced during the “Standing with the Ukrainian People” conference in Paris December 13. It will support Ukraine’s infrastructure and improve access to electricity, home heating, water, food, health care and transportation during the winter.

“The entire civilised world has come to support Ukrainians fighting for freedom and their own future,” Ukrainian Prime Minister Denys Shmyhal said in a December 13 tweet, thanking French President Emmanuel Macron for hosting the conference.

The U.S. government announced in late November $53 million in equipment to repair Ukraine’s electricity grid, part of which was delivered this week, in addition to $55 million in energy sector humanitarian support for heating and emergency power. The U.S. State Department has also been leading a coordination effort with Group of Seven (G7) and other key allies and partners to identify compatible equipment that can be provided quickly.

Since President Vladimir Putin’s full-scale February 24 invasion, the United States has provided over $32 billion in total assistance to Ukraine, including $145 million to help repair, maintain and strengthen Ukraine’s power sector.

Among the pledges of assistance to Ukraine:

Leaders from the G7 announced plans December 12 to form a partnership to coordinate support for Ukraine, including international funding and expertise for private sector led development.

“We are determined to help Ukraine repair, restore and defend its critical energy and water infrastructure,” the G7 nations of Canada, France, Germany, Italy, Japan, the United Kingdom and the United States said in a statement. “We will help Ukraine in meeting its winter preparedness needs.”