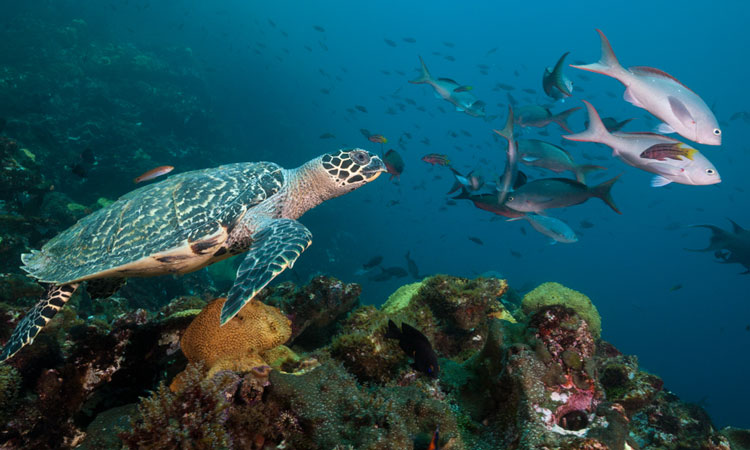 Presidents of the four Pacific Coast nations announced plans in November for the new marine zone during the COP26 climate conference in Glasgow.

We have “established the largest marine protected area in the Western Hemisphere and, perhaps, in the world,” Colombian President Iván Duque Márquez said, in Spanish.

The new marine corridor will protect against unsustainable fishing practices and illegal, unreported and unregulated (IUU) fishing, which deplete fishing stocks and can cause significant environmental and economic damage, while also threatening endangered species.

In 2020, a People’s Republic of China (PRC) fishing fleet numbering hundreds of vessels fished waters outside of the Galápagos Islands, according to the Wall Street Journal, in one of the world’s most diverse ecosystems. Large PRC-flagged fishing fleets have repeatedly fished the area in recent years. In 2017, Ecuador seized a PRC vessel in the Galápagos Marine Reserve carrying 300 tons of wildlife, mostly sharks.

U.S. officials also trained Ecuadorian prosecutors to enforce against and deter IUU fishing. In 2020, the Coast Guard joined the Ecuadorian navy in patrolling the waters off the Galápagos.

The new corridor in the Pacific Ocean expands the protected areas surrounding the Galápagos Islands to include Colombia’s Malpelo Island, Costa Rica’s Cocos Island and Panama’s Coiba Island. It will protect hammerhead sharks, humpback whales, rays and other species.

“And that sends a message to the rest of the countries of the world,” Panamanian President Laurentino Cortizo said. “That with action we are protecting 30% of marine species.”