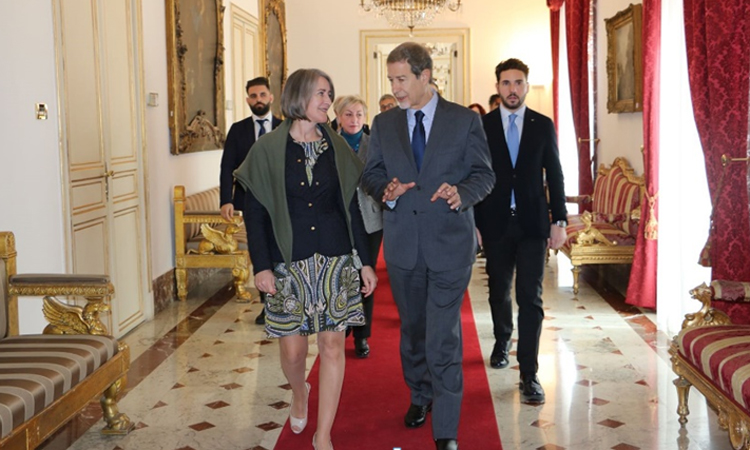 During an extended visit across Sicily, U.S. Consul General Mary Ellen Countryman met Governor of Sicily Nello Musumeci, with whom she discussed continuing collaboration on an array of shared interests, and several other key officials:  Mayor of Palermo Leoluca Orlando, the prefects of Ragusa and Agrigento, and the mayors of Agrigento and the small town of Scicli.

CG Countryman’s trip also included several important cultural visits.  She introduced a concert by the American band “Max Baca & Los Texmaniacs” in Agrigento’s international “Almond Blossom Festival,” and met with Giuseppe Parello, Director of Agrigento’s Valley of the Temples archaeological park, one of the most outstanding examples of ancient Greek art and architecture, and one of Sicily’s most important cultural sites.  After visiting the temples and the ruins of a Greek theatre, the Consul General also met recent International Visitor Leadership Program (IVLP) exchange alumnus Andrea Bartoli and visited his FARM Cultural Park in the town of Favara, a cultural center that hosts exhibitions by international and local artists, screenings and workshops, cultural events, and a children’s school of architecture.