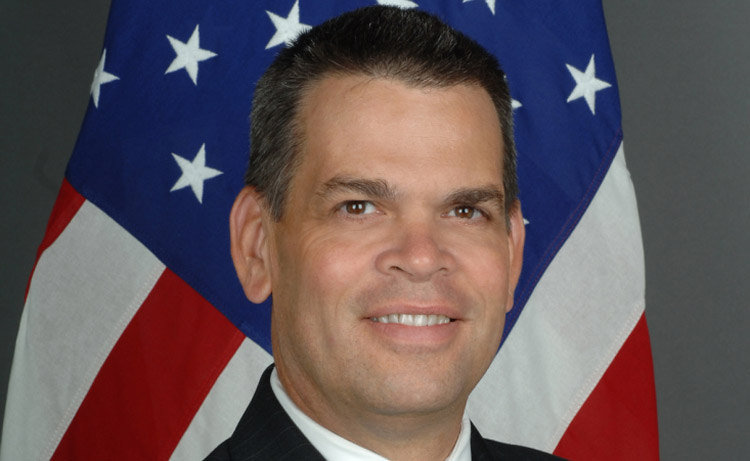 Acting Under Secretary for Public Diplomacy and Public Affairs
Term of Appointment: 12/08/2016 to present

Ambassador D. Bruce Wharton was designated as Acting Under Secretary for Public Diplomacy and Public Affairs on December 8, 2016. In this role, he provides global strategic leadership of all Department of State public diplomacy and public affairs engagement and oversees the bureaus of Educational and Cultural Affairs, International Information Programs, and Public Affairs, and the Global Engagement Center.

Bruce Wharton entered the Foreign Service in 1985 and has served at U.S. embassies in Argentina, Chile, Bolivia, South Africa, and Zimbabwe. In Africa, he has also had temporary duty in Tanzania, Nigeria, Kenya, and Ghana. From 1992 to 1995 he worked in Washington, D.C. on Andean Affairs and Western Hemisphere policy issues. He has received Superior and Meritorious Honor Awards from the Department of State and the U.S. Information Agency, and was the 2011 recipient of the Edward R. Murrow Award for Excellence in Public Diplomacy.

He is a graduate of the University of Texas in Austin and speaks Spanish and German. Please follow @UnderSecPD on Twitter or Instagram for up to date news and engagements.