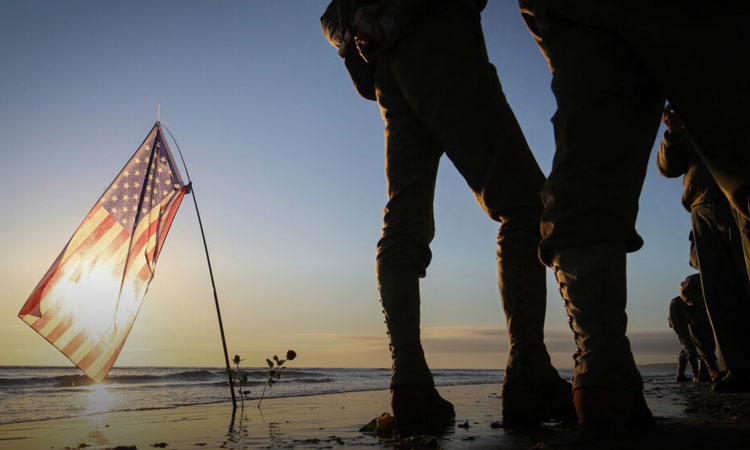 June 6, 2022, marks the 78th anniversary of D-Day, when the largest amphibious military operation of modern times landed 156,000 Allied soldiers by sea and air on five beachheads in Normandy, France. D-Day was the start of Allied operations in World War II that would liberate Western Europe and defeat Nazi Germany 11 months later.

Most of the Allied troops landing on the beaches were from the United States, the United Kingdom and Canada, but troops from 10 other countries also participated in D-Day and the Battle of Normandy: Australia, Belgium, Czechoslovakia, Denmark, France, Greece, the Netherlands, New Zealand, Norway and Poland.

D-Day helped forge a trans-Atlantic bond that continues to ensure the freedom and security of millions.

Before D-Day, the Western Allies had already fought tough campaigns in Northern Africa and Italy. Andrei Gromyko, the Soviet ambassador to the U.S. from 1943 to 1946, claimed “credit for the military part” his country played in the war, “but he also did not hesitate to give credit to the Americans and the British for their fighting,” the New York Times reported October 21, 1943. Gromyko “expressed appreciation for … the material assistance Russia has received through lend-lease,” the U.S. program that sent equipment to the Soviet army.

A turning point for democracy

Journalist Roy Wenzl writes about D-Day that “in its strategy and scope — and its enormous stakes for the future of the free world — historians regard it among the greatest military achievements ever.”

The Western Allies’ goal, Wenzl says, was “to put an end to the German army and, by extension, to topple Adolf Hitler’s barbarous Nazi regime.”

Allied losses were steep during the offensive, with 12,000 killed, wounded and missing. But D-Day began the liberation of German-occupied France and laid the foundations of the Allied victory on the Western Front.

“Most battles are quickly forgotten,” Wenzl says. But all free nations, he says, owe a debt to the Allied soldiers of D-Day.

Invoking “the Great Patriotic War” (another term for World War II in Russia), Putin seeks to justify his aggression against Ukraine by “repeating his false claim that Ukraine is run by Nazis controlled by the West,” according to a May 9 NBC News report.

But Ukrainian President Volodymyr Zelensky, the grandson of a Holocaust survivor, draws a straight line from the Nazis’ quest for dominion over Europe to Putin’s aggression against Ukraine.

“Decades after World War II, darkness returned to Ukraine,” Zelensky said in a May 8 address. “Evil has returned. Again! In a different uniform, under different slogans, but for the same purpose.”