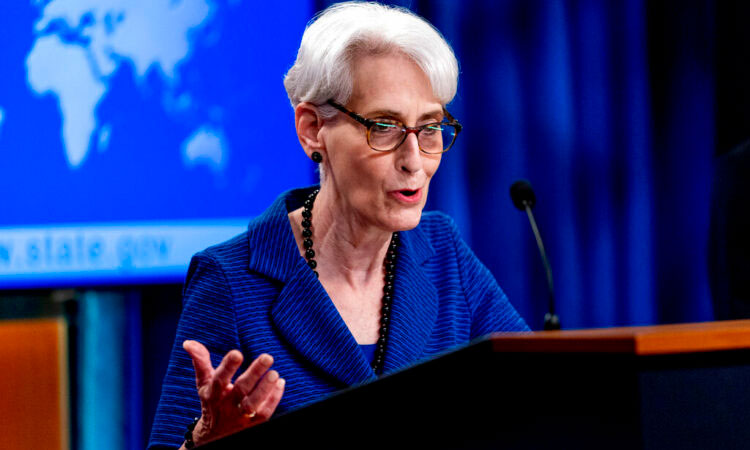 Deputy Secretary of State Wendy Sherman will travel December 5-11 to the United Kingdom, Italy, Vatican City, France, Germany, and the Czech Republic to further strengthen our bilateral relationships, deepen our unified support for Ukraine, coordinate on our response to the Russian Federation’s unprovoked war, and discuss our strategies in the Indo-Pacific.

In London, Deputy Secretary Sherman will reaffirm the special relationship between the United States and the UK and address a range of shared foreign policy priorities, including support for Ukraine, in meetings with UK National Security Advisor Sir Tim Barrow; Chair of the Joint Intelligence Committee Sir Simon Gass; Minister for the Americas David Rutley, MP; and Foreign, Commonwealth and Development Office Permanent Under Secretary Sir Philip Barton.

The Deputy Secretary will then travel to Rome, where she will meet with senior Italian officials including Diplomatic Advisor Francesco Talo and Secretary General Ettore Sequi to discuss mutual priorities, building on President Biden’s recent bilateral meeting with Prime Minister Meloni. The Deputy Secretary will deliver remarks to university students at LUISS on the importance of the transatlantic partnership, the U.S.-Italy relationship, and continued support to Ukraine. The Deputy Secretary will also meet with UN Food & Agriculture Organization Director General Qu Dongyu to discuss the ongoing global food security crisis, which has been exacerbated by Russia’s invasion of Ukraine.

At the Vatican, she will discuss shared priorities with Holy See Secretary of State, Cardinal Pietro Parolin.

In Paris, she will meet with Diplomatic Advisor Emmanuel Bonne, Secretary General Anne-Marie Descôtes, Director General for International Relations and Strategy Alice Rufo, and other senior French officials, to discuss international efforts to support Ukraine and to build on the December 1 State Visit by President Macron.

Deputy Secretary Sherman will then travel to Berlin, where she will discuss mutual priorities with senior German officials including National Security Advisor Jens Ploetner and Secretary General Andreas Michaelis. She will also deliver remarks at Fredrich-Ebert-Stiftung on U.S.-German cooperation in advancing our foreign policy goals in the Indo-Pacific and hold a roundtable with business leaders.

In Prague, Deputy Secretary Sherman will meet with Foreign Minister Lipavsky and other senior Czech officials, where she will highlight the Czech Republic’s leadership during its Presidency of the Council of the European Union, as well as its outsized support for the people of Ukraine. While in Prague, the Deputy Secretary will also speak at the Aspen Ministers Forum and celebrate the legacy of former Secretary of State Madeleine Albright with young Czech leaders.