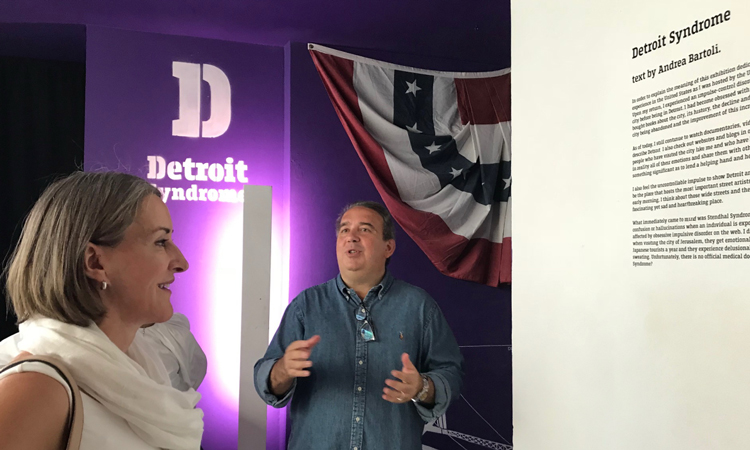 On June 29, CG Countryman traveled to the Sicilian community center FARM, near Agrigento, to attend the opening of “Detroit Syndrome,” an art exhibition focused on the city of Detroit and featuring American photographer Geoff George.  The exhibition was organized by Sicilian IVLP Andrea Bartoli as a follow-up to his participation in a Southern Italy-focused International Visitor Leadership Program on Economic Recovery and Urban Regeneration earlier this year.  Some 300 people attended the opening including George and other Italian artists.