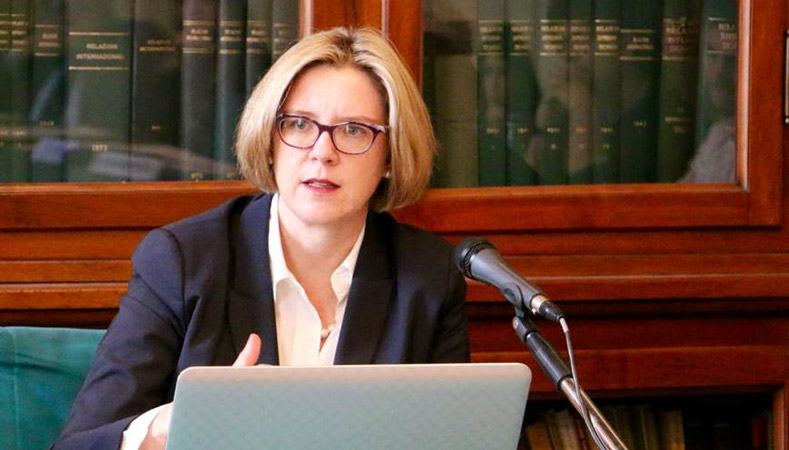 On Monday, March 6, Dr. Suzanne Fry visited Milan to present the 2017 Global Trends Report to several relevant local audiences.  The 2017 report examined a broad spectrum of trends summarized by Dr. Fry, who pointed the attention of the audience to key implications (expected through 2035), including technology, global economy, health, conflicts, and the environment.

Dr. Fry spoke to a class from the School of Journalism at Catholic University, and later to ISPI, Italy’s leading foreign affairs think-tank, which hosted Dr. Fry’s seminar as part of their International Lectures series.  A group of foreign affairs experts attended this event, including a representative from the Italian Presidency.