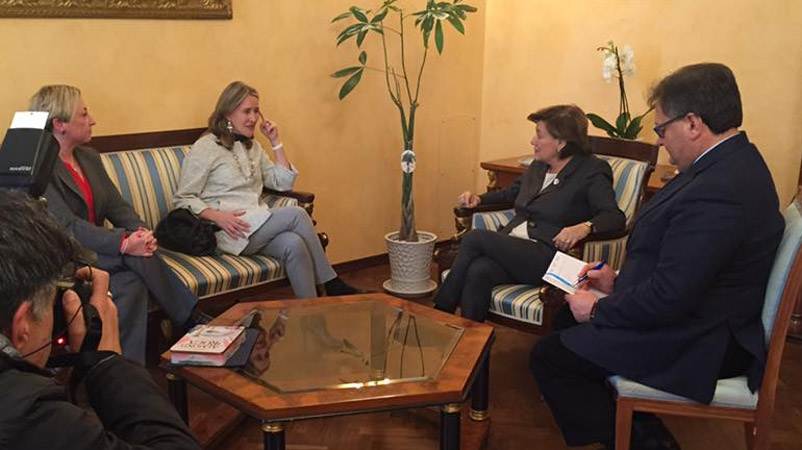 Consul General Countryman visited Basilicata, achieving her goal of visiting all six regions of the Naples consular district in the first six months of her tenure.  The CG paid introductory calls on the mayors of Potenza, Matera and Melfi, and the prefects of the first two cities.

She also toured stunning wonders of the South – #MeraviglieDelSud – from the great panel ‘Lucania 61’ of Carlo Levi at Palazzo Lanfranchi, in Matera, to the most visited museum in Basilicata, Melfi Castle, with its Sarcophagus of Rapolla created by craftsmen from Asia Minor.

And of course, Basilicata’s wine and food traditions are important aspects of the wondersof Southern Italy. “I tell all my friends who are vegetarians to visit Basilicata. My favorite things are the peperoni cruschi,” she tweeted, mentioning the traditional Basilicata food product, the sundried sweet pepper.