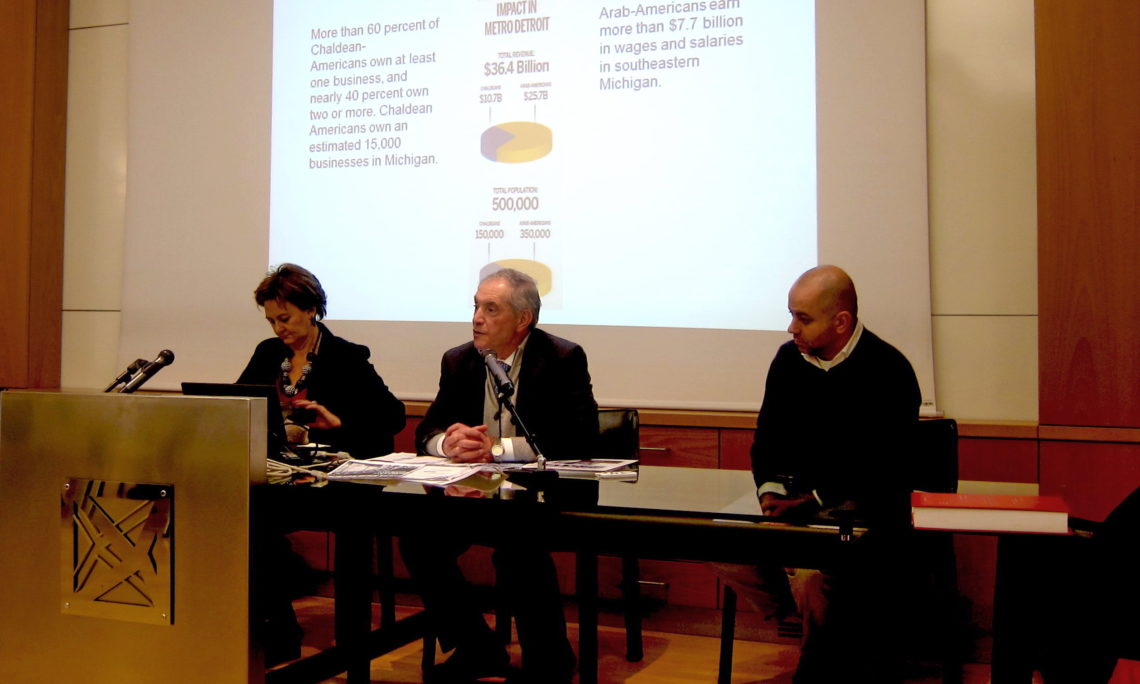 Dr. Yahya Basha, a Syrian-American doctor, entrepreneur, and community leader who has employed more than 200 immigrants in his own successful business, participated in a series of programs throughout Italy discussing the economic benefits of migration from the U.S. perspective.  As President Obama has said, “America isn’t Congress.  America isn’t Washington.  America is the striving immigrants who starts a business…”  In explaining the American Dream, the belief that any individual regardless of background has the opportunity to achieve success, Dr. Basha emphasized the important role of community building in creating this success.  Dr. Basha engaged audiences that included politicians, NGOs, students and leaders from the business community, by sharing his story, which is part of the important contributions Middle Eastern immigrants have made in the United States, particularly in the state of Michigan.

The first wave of Middle Eastern immigrants arrived to the United States at the turn of the twentieth century.  Most were of Syrian background and were a mixture of skilled and unskilled laborers. With the little money they had, they launched their own businesses and shops. It was During the 1904 St. Louis World’s Fair that one notorious Syrian business man and inventor, Ernest Hamwi was selling “zalabia,” a crisp wafer pastry that originated in the Middle East, when an ice cream vendor next door ran out of dishes for his product. Hamwi quickly rolled one of his pastries into the shape of a cone to help his neighbor, thus creating a popular American modern-day ice cream cone.

Annual impact of Arab American in the Metro Detroit Area is 36+Billion Dollars.

While speaking with business and community leaders, Basha pressed for stronger public-private partnerships, underscoring the value of diversity in the workplace.  This includes immigrants and refugees who often come to the United States seeking economic opportunities or fleeing oppression.